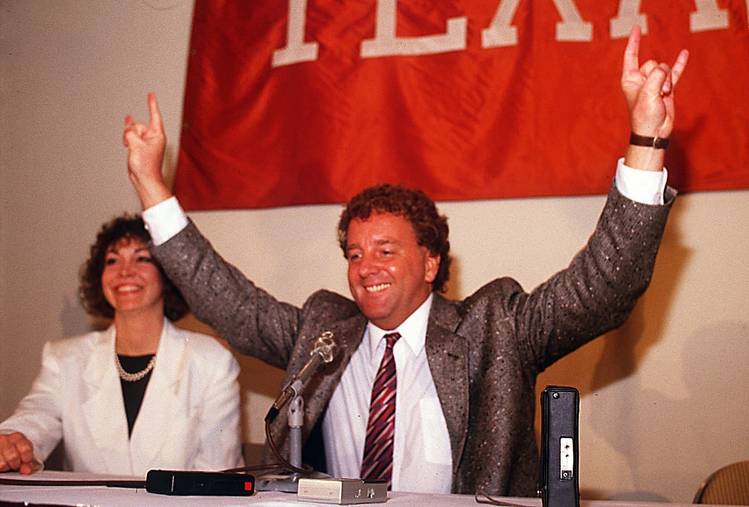 Tom Penders gives the "Hook 'em" hand sign after being introduced as the new University of Texas basketball coach on April 6, 1988. Larry Kolvoord/AAS

Penders, the Texas coach from 1988-98, is one of eight people being included into college basketball’s Hall of Fame Class of 2021. The Hall of Fame is located inside the College Basketball Experience adjacent to the T-Mobile Center in Kansas City.

Penders coached at Columbia, Fordham and Rhode Island before coming to Texas. He energized the Erwin Center crowd with an up-tempo style as the team became known as the “Runnin’ Horns.”

In 10 seasons, Penders went 208-110 and made eight NCAA Tournaments. The Horns reached the Elite Eight in 1990 and would win three Southwest Conference championships.

Penders has also been selected for induction into the Texas Athletics Hall of Honor in August.