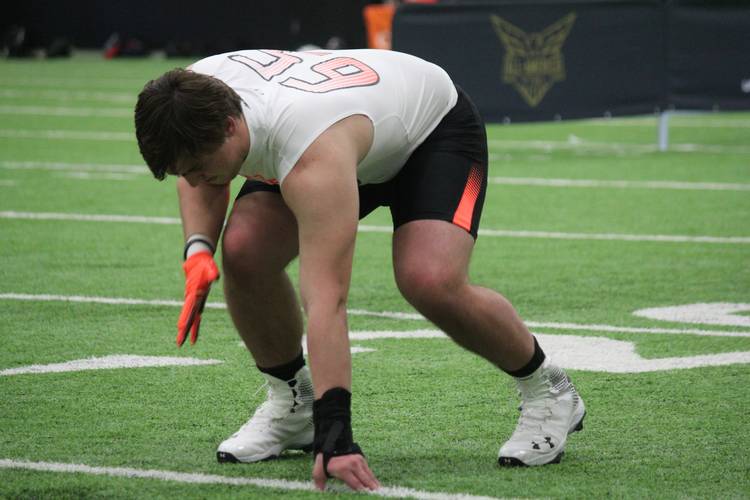 Five-star offensive tackle Tommy Brockermeyer is No. 2 on the 2021 Fabulous 55. (Mike Craven)

Texas’ pursuit for the best offensive line prospects in the state took a hit Friday afternoon when Tommy and James Brockermeyer chose Alabama over the Longhorns and dozens of other major programs. Tommy is a five-star offensive tackle ranking second on the 2021 Fabulous 55. James, a center, is a four-star checking in at No. 40.

“Alabama offered great winning tradition along with the opportunity to play for the greatest coach of all time,” James said. “The strength coaches are unreal and I have an awesome relationship with some of the guys there along with the coaching staff.”

“Alabama is just a program that I felt I couldn’t ignore. Their history and tradition of developing NFL tackles and winning tradition is unlike any other school,” Tommy said. “I also wanted to challenge myself to play against the best competition in college football.”

The loss of the Brockermeyer twin stings extra given the pair’s family ties to the Texas program. Their father, Blake, played offensive line for the Longhorns in the 1990s. Their older brother, Luke, is currently an outside linebacker on the team.

Don’t expect the Longhorns to stop their pursuit of the Brockermeyer twins strictly because of their commitment. Recruiting continues until a player signs a national letter of intent, which can’t happen until mid-December.