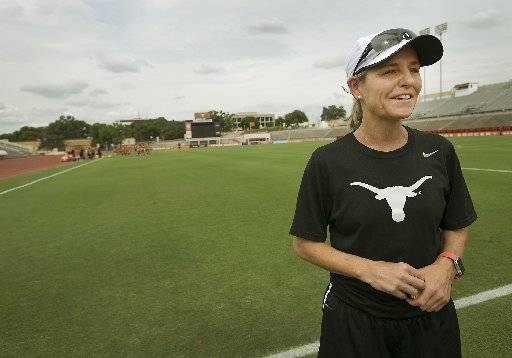 Texas goalie Abby Smith sent a towering pass from her own box past midfield that UT’s Lindsey Meyer headed towards Hart, who sent a shot from the the top of the box into the upper right corner of the net.

“For all intents and purposes, we stole one tonight. It was a great finish by Jaz (Hart) and Lindsey got up the field.” said Texas head coach Angela Kelly. “I’m just really proud of our squad for their resiliency away from home and their effort.”

Hart’s first goal of the season gave Texas its first win in Lubbock since 2008 and extended the Longhorns’ win streak to three games. Texas (7-3-4, 4-1-1) has won four of its past five games and is 2-2-1 against ranked opponents this season. The Longhorns have won twice on the road against ranked squads this season, the last time a Texas team did that was 2002.

Texas Tech’s Janine Beckie scored on the Red Raider’s first shot of the match in the 27th minute. Beckie received a pass from Gwennie Puente in the middle of the box and Beckie knocked it in from 14 yards out.

Texas freshman Mikayla Flores tied it in the 30th minute when she kicked a right-footed volley from six yards out past Tech goalie Carissa Christensen.

Smith had clutch saves in the 49th and 66th minutes that preserved the tie. Smith finished with 10 saves.

Just 26 seconds into the first overtime period, Beckie got a open shot from the middle of the penalty box, but she sent the shot over the crossbar.

The Red Raiders’ offense made a final push in the last minute of the second overtime period and following a save, Smith booted the long pass that set up Hart’s winner.

No. 10 Longhorns in ninth place after second round of U.S. Collegiate