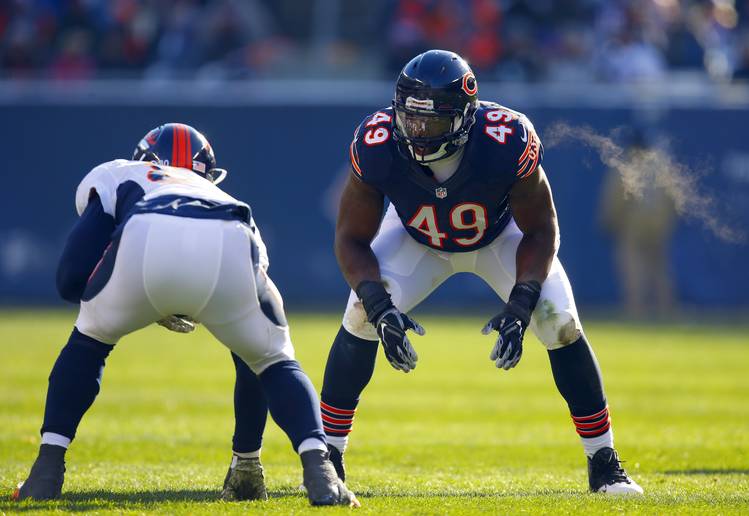 Is there such a thing as a former Longhorn? These players will always be Longhorns to University of Texas fans, even though they’ve graduated to the next level of football. Every Tuesday, we’ll update you on how they performed the previous weekend. Here’s a look at the Longhorns in the NFL and how they fared in Week 11.

Derrick Johnson, Chiefs linebacker—Johnson had a team-high nine tackles as the Chiefs defeated the Chargers 33-3. He has 59 tackles on the year to lead the Chiefs. He’s logged three sacks and an interception this season as well.

Michael Griffin, Titans safety—He had five tackles but the Titans’ defense didn’t get much help from their offense, losing to Jacksonville 19-13 on Thursday night.

Earl Thomas, Seahawks safety—Thomas had five tackles and a pass breakup as the Seahawks reached .500 with a 29-13 win over San Francisco. He has seven pass deflections and three interceptions on the year.

Brian Orakpo, Titans linebacker—Orakpo had three tackles and added another sack. He’s had at least one sack for four games in a row. He has seven sacks on the year, tied for sixth-best in the league. He has six in the last six weeks and has proven to be a quality addition for Tennessee. He’s just four sacks away from matching his career-high of 11.

Sam Acho, Bears linebacker—Acho made five tackles in a tough 17-15 loss to the Broncos on Sunday. His second consecutive start upped his total tackles to 31 on the year.

Malcom Brown, Patriots defensive tackle—Brown had three tackles in his fifth consecutive start with the undefeated Patriots. He has 27 total tackles on the year.

Brian Robison, Vikings defensive end—He had two tackles and a tackle for loss against the Packers. He’s got 24 tackles this season and is entrenched as the Vikings starter on the left side.

Lamarr Houston, Bears linebacker—Houston had two tackles against the Broncos. He has four sacks on the year.

Quandre Diggs, Lions cornerback—Diggs had his best game as a pro this weekend in his second start. He led the team in tackles with six, forced a fumble against Michael Crabtree and had a pass deflection in the Lions’ 18-13 win over the Raiders.

Henry Melton, Buccaneers defensive tackle—He had two tackles and deflected a pass in the Buccaneers’ 45-17 thrashing of the Philadelphia Eagles. He has 15 tackles in ten games so far this season.

Fozzy Whittaker, Panthers running back—Whittaker had two carries for six yards and one catch for two yards. He didn’t have an opportunity for a return in special teams.

Roy Miller, Jaguars defensive tackle—Miller had two tackles and a tackle for loss in the Jags win over the Titans.

Justin Tucker, Ravens kicker—The Ravens came back after trailing by ten points to win on a last second 47-yard field goal by Tucker. He was only 3 for 5 on the day, but he made it when it mattered most. With 1:13 to go, he missed a 51-yarder before his eventual game-winner.

Lyle Sendlein, Cardinals center—The Cardinals won their fourth game in a row, defeating the Bengals 34-31 on Sunday night. The team only rushed for 82 yards, but the offensive line protected Carson Palmer well enough for him to throw for 317 yards and four touchdowns.

Phil Dawson, 49ers kicker—He was 2 for 2 on field goal attempts, with a long of 27. He also made an extra point.

Colt McCoy, Redskins quarterback—Kirk Cousins is healthy, but he didn’t play great in the 44-16 drubbing the Redskins took at the hands of the Panthers. It’s still not likely McCoy will take the field soon unless Cousins gets injured.

Kenny Vaccaro, Saints safety—He was on a bye in Week 11.

Keenan Robinson, Redskins linebacker—Robinson continued to sit out following a shoulder injury two weeks ago. He has 56 tackles, an interception and a pass breakup this season.

Jordan Hicks, Eagles linebacker—His season ended and he’s on IR for a torn pectoral muscle. He finished his rookie season with 50 tackles, a sack, two interceptions, a forced fumble and three fumble recoveries. His Eagles definitely missed him as they got throttled by the Buccaneers this weekend.