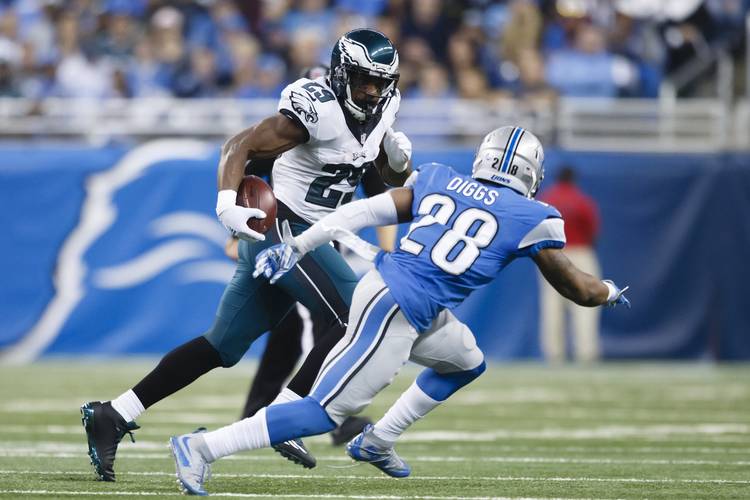 Is there such a thing as a former Longhorn? These players will always be Longhorns to University of Texas fans, even though they’ve graduated to the next level of football. Every Tuesday, we’ll update you on how they performed the previous weekend. Here’s a look at the Longhorns in the NFL and how they fared in Week 12.

Derrick Johnson, Chiefs linebacker—Johnson was tied for the team lead in tackles in the Chiefs 30-22 win over the Chiefs. He has 68 tackles on the season, which leads the team. He’s had a nice comeback season after missing 15 games last year with a torn Achilles’ tendon.

Malcom Brown, Patriots defensive tackle—He’s making his presence felt more and more. He had four tackles, two for a loss and a sack in the overtime loss to the Broncos. The rookie has started six games in a row and has two sacks in three weeks.

Phil Dawson, 49ers kicker—He was 2 for 2 with a long for 53 yards in the 49ers loss to the Cardinals. He’s been a bright spot in a bad season for San Fran.

Earl Thomas, Seahawks safety—He had his most tackles (6) since Week 7, all solo. He’s got 53 tackles on the season for fourth best on the Seahawks. He leads his team in interceptions with three.

Justin Tucker, Ravens kicker—He made all three extra points and was 2 for 2 on field goals with a long of 49 yards in the Ravens remarkable last second “kick-six” win over the Browns.

Michael Griffin, Titans safety—He was second on the team with nine tackles in the loss to the Raiders on Sunday. Griffin also had a tackle for loss. He’s third with 64 tackles on the year, with a sack and an interception as well.

Roy Miller, Jaguars defensive tackle—He matched his season-high of five tackles in the 31-25 loss to the Chargers. He also had a sack, his third on the year and a tackle for loss.

Lamarr Houston, Bears linebacker—The sixth-year linebacker had his best game of the season, recording seven tackles and a sack. That brings his sack total to five on the year.

Kenny Vaccaro, Saints safety—He was very busy on Sunday as the Texans defeated the Saints 24-6. Vaccaro led the team with 13 tackles, a season high, and a forced fumble. It’s not great when your leading tackler is your safety, however. He’s second on the team with 77 tackles this season.

Brian Orakpo, Titans linebacker—His sack streak came to an end, but he had four tackles and a tackle for loss in the Titans’ 24-21 loss to the Raiders.

Quandre Diggs, Lions cornerback—Diggs didn’t have to do too much, recording just two tackles in the Lions’ thrashing of the Eagles on Thanksgiving. His teammates didn’t let Mark Sanchez breathe too easily, sacking him six times. He helped limit the Eagles to just 227 total yards of offense.

Lyle Sendlein, Cardinals center—Sendlein made the start and the Cardinals had to tough out a win over the 49ers. They rushed for just 70 yards and Carson Palmer was held without a touchdown pass. He was sacked once. Sendlein and his offensive line teammates will have to get a push for rookie David Johnson to be productive with Andre Ellington and Chris Johnson out next week.

Brian Robison, Vikings defensive end—Robison had one tackle in the Vikings’ win over the Falcons.

Alex Okafor, Cardinals linebacker—He made his third-straight start coming back from injury but he failed to make a tackle in the Cards win over the 49ers.

Sam Acho, Bears linebacker—He had just one tackle, but the Bears came out on top of the Packers 17-13 in the night game on Thanksgiving.

Fozzy Whittaker, Panthers running back—The Panthers remained undefeated after their Thanksgiving win over the Cowboys with no help from Whittaker. Though healthy, he didn’t have a touch, not even in the return game.

Tony Hills, Saints offensive tackle—He played for the first time since Week 6, but the Saints barely managed 50 yards rushing and Drew Brees failed to throw a touchdown pass, ending his streak at 155 games.

Jordan Hicks, Eagles linebacker—His season ended and he’s on IR for a torn pectoral muscle. He finished his rookie year with 50 tackles, a sack, two interceptions, a forced fumble and three fumble recoveries. The Eagles have allowed 110 points in the three games since his injury. They hadn’t allowed more than 27 in any game before that.

Colt McCoy, Redskins quarterback—If Kirk Cousins goes down next week, McCoy will have to man the controls of the first-place team in the NFC East.

Keenan Robinson, Redskins linebacker—Robinson continued to sit out following a shoulder injury four weeks ago. He has 56 tackles, an interception and a pass breakup this season.