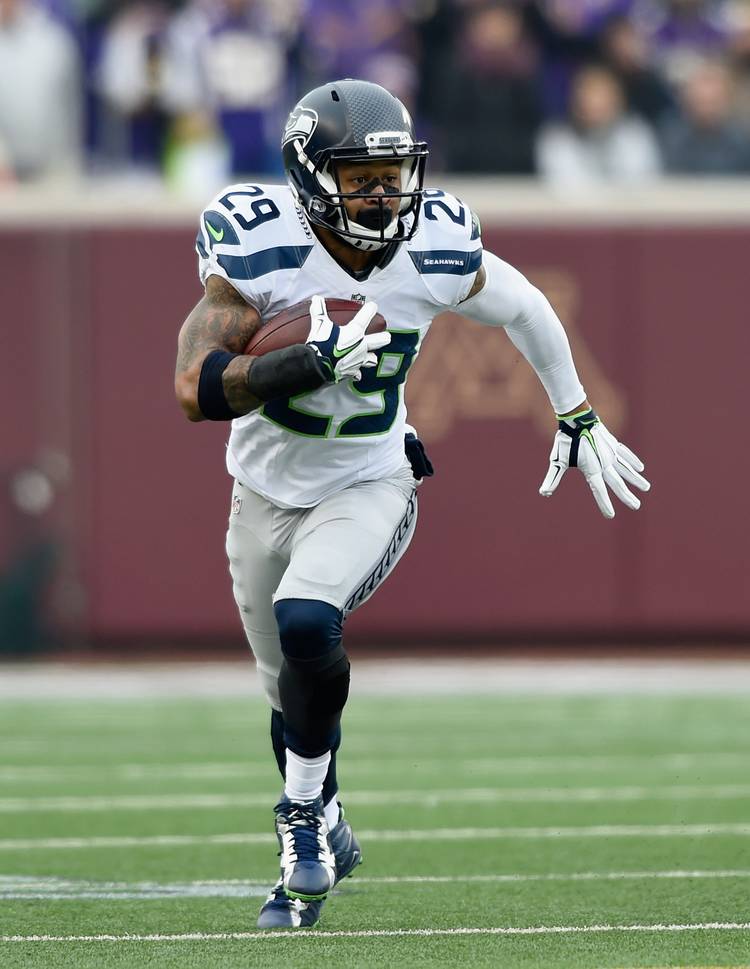 Earl Thomas made his fourth interception of the year to help set up a touchdown as the Seahawks pounded the Vikings. (Photo by Hannah Foslien/Getty Images)

Is there such a thing as a former Longhorn? These players will always be Longhorns to University of Texas fans, even though they’ve graduated to the next level of football. Every Tuesday, we’ll update you on how they performed the previous weekend. Here’s a look at the Longhorns in the NFL and how they fared in Week 13.

Derrick Johnson, Chiefs linebacker—He had a season-high 14 tackles in the Chiefs’ sixth straight win. Johnson is a serious candidate for this season’s comeback player of the year award as he missed nearly all of last season with an Achilles’ heel injury. He also had a tackle for loss and a forced fumble in the 34-20 win over the Raiders. He leads the Chiefs with 82 tackles on the year. That’s 25 more tackles than the second leading tackler on the team.

Earl Thomas, Seahawks safety—Thomas’ interception in the second quarter set up a touchdown for the Seahawks’ offense. He finished the game with two tackles, a pass defended and the pick he returned for 25 yards. A 15-yard penalty was added to the return on a face mask by Stefon Diggs.

Michael Griffin, Titans safety—Griffin led the Titans in tackles with nine as Tennessee outlasted the Jaguars 42-39 on Sunday. That’s his season-high in tackles in a game, but it’s the first time he’s accomplished the feat in a win. His 73 tackles is one behind team leader, linebacker Avery Williams.

Malcom Brown, Patriots defensive tackle—Brown had two tackles, a tackle for a loss and a fumble recovery in the Patriots’ second loss in a row. He has 33 tackles on the season.

Justin Tucker, Ravens kicker—He’s usually pretty clutch, but he missed an opportunity to give the Ravens a one-point lead late in the game on a 55-yard field goal attempt. He made two field goals, with a long of 38 yards, and an extra point before the miss.

Roy Miller, Jaguars defensive tackle—He was on the losing end of a barn burner against the Titans. He had two tackles in the game and has started every week this season.

Lamarr Houston, Bears linebacker—Houston had a tackle in Sunday’s overtime loss to the 49ers. He has 22 total tackles and five sacks on the year.

Kenny Vaccaro, Saints safety—The Saints are reeling, having lost four in a row. Vaccaro had nine tackles in the loss to the Panthers and is second on the team in tackles with 86.

Brian Orakpo, Titans linebacker—He had four tackles and a pass defended in the win. He has 38 total tackles and seven sacks for the year.

Quandre Diggs, Lions cornerback—Diggs contributed four tackles in the Lions’ heartbreaking loss to the Packers on Thursday night. He’s started the last three games and had a tackle for loss and a pass defended in Week 13. He has 25 total tackles and four passes defended on the year.

Lyle Sendlein, Cardinals center—The Cardinals rushed for 175 yards and Carson Palmer threw for 356 yards and two touchdowns with the protection of Sendlein and the rest of the offensive line. The Cardinals won 27-3.

Brian Robison, Vikings defensive end—Four Vikings defensive starters were out early and it showed. A sack in the first half by Robison was marred by a personal foul penalty. He did end up with three tackles, two sacks and a tackle for loss. He has 28 tackles and three sacks so far this season.

Alex Okafor, Cardinals linebacker—He had two tackles and a quarterback hit in the big win over the Rams on Sunday. He has 19 tackles and two sacks on the year.

Sam Acho, Bears linebacker—He started his fifth game this season, but he failed to register a defensive stat.

Fozzy Whittaker, Panthers running back—Whittaker had just one carry for 11 yards in addition to two kickoff returns for an average of 23.5 yards per attempt.

Henry Melton, Buccaneers defensive tackle—He had three tackles in a close win over the Falcons. He’s recorded 18 tackles, a sack and a forced fumble for the season.

Tony Hills, Saints offensive tackle—He didn’t get the start but he played for the second straight game as the Saints fell to the undefeated Panthers.

Colt McCoy, Redskins quarterback—McCoy didn’t make an appearance in the loss to the Cowboys on Monday night.

Keenan Robinson, Redskins linebacker—Though he dressed, Robinson continued to sit out because of a shoulder injury in Washington’s loss to Dallas. He’s missed the last four games, but before he got hurt he logged 56 tackles and an interception.

Aaron Williams, Bills safety—He’s eligible to return this week after being placed on the short-term IR.