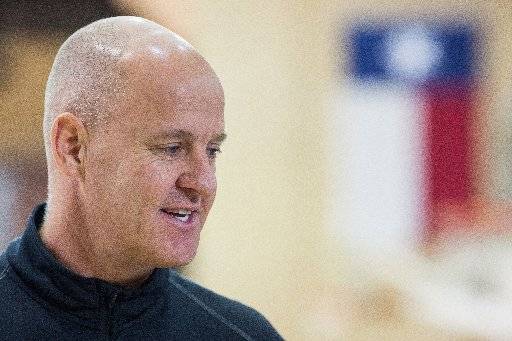 Texas (9-1) has won five straight and holds a 3-1 record against ranked opponents this season. Texas had been pushed to five sets only once this season, a 3-2 win over fourth-ranked Nebraska.

Kalei Mau led the Wildcats with 22 kills but hit .095 for the match with 15 attack errors. Mau has recorded 20-plus kills in three straight matches.

Cat McCoy anchored the Texas defense with a career-high 29 digs and freshman Morgan Johnson led the team with eight blocks.

Arizona went up 4-1 in the first set and held the lead until Texas managed to tie it at 14-14. The Wildcats took the lead at 15-14 and stayed ahead the rest of the set.

Texas was poised to take the third set at 24-23 but an error by Neal tied it. A kill by Prieto Cerame gave Texas a 25-24 lead, but a kill by Halli Amaro knotted the match. Cerame slapped back-to-back kills off assists by Chloe Collins to win the set 27-25. Collins had a career-high 63 assists.

Arizona built a 7-3 to start the fourth set, but Texas rallied to even the score at 14-14. The Wildcats were able to hold off the Texas attack and push the match to a fifth set.

The Wildcats benefited from two attack errors by Texas to go up 2-0 in the fifth set. Texas responded with eight straight points to go up 8-2 and outscored the Wildcats 7-4 to close the set.

Mike Perrin a whirlwind at his first Texas football game