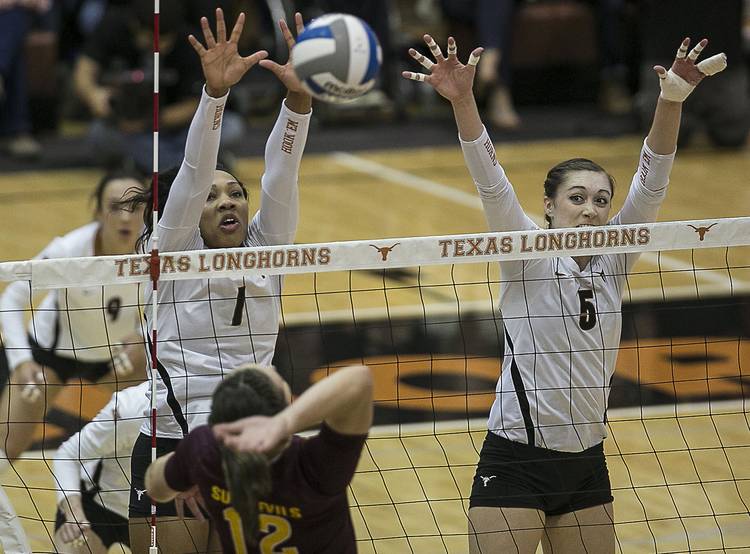 The second-ranked Texas volleyball team won its eighth straight match with a 25-16, 25-17, 25-16 sweep of West Virginia on Friday afternoon in Morgantown, W.Va.

Texas freshman Yaasmeen Bedart-Ghani hit .700, had a season-high seven kills and led the team with five blocks. Amy Neal led the Horns with 11 kills. Neal has posted double-digit kills in the past four matches.

Texas built an 8-4 lead in the first set and held at least a five-point edge the rest of the set. Texas out-hit West Virginia .385 to .053 in the opening set, and benefited from eight attack errors by the Mountaineers.

UT went up 6-3 in the second set, and West Virginia fought back to get within a point at 9-8. Texas scored three straight to take an 11-8 lead, and pushed the lead to six at 18-12. The Horns held the lead and Neal hit an ace to take the set.

What are top 5 plays of the Oklahoma State vs. Texas rivalry?