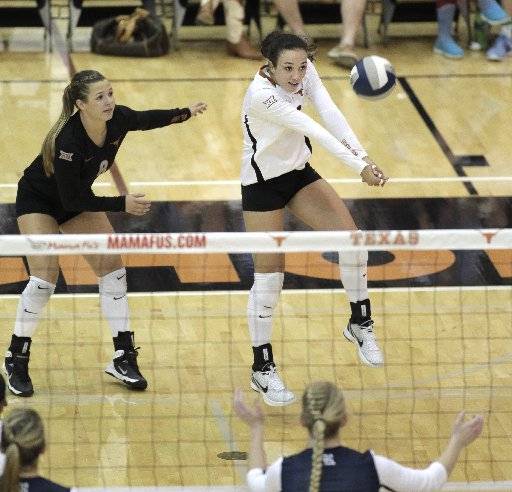 Texas senior Amy Neal was named Big 12 offensive player of the week by the conference on Monday.

Neal, a former standout at Lake Travis High, led the Big 12 in kills per set and points per set last week, and leads the conference in kills, aces and points this season. It marks her first-career Big 12 weekly honor.

Neal had 18 kills and seven digs in Texas’ sweep of TCU last Wednesday and notched 11 kills with three digs and two aces in UT’s three-set victory over West Virginia on Friday. Neal averaged 5.5 points per set and 4.8 kills per set over the two victories.

Neal is the third Longhorn to earn a conference award this season. UT’s Morgan Johnson claimed rookie of the week in late August and Chiaka Ogbogu was named offensive player of the week two weeks ago.