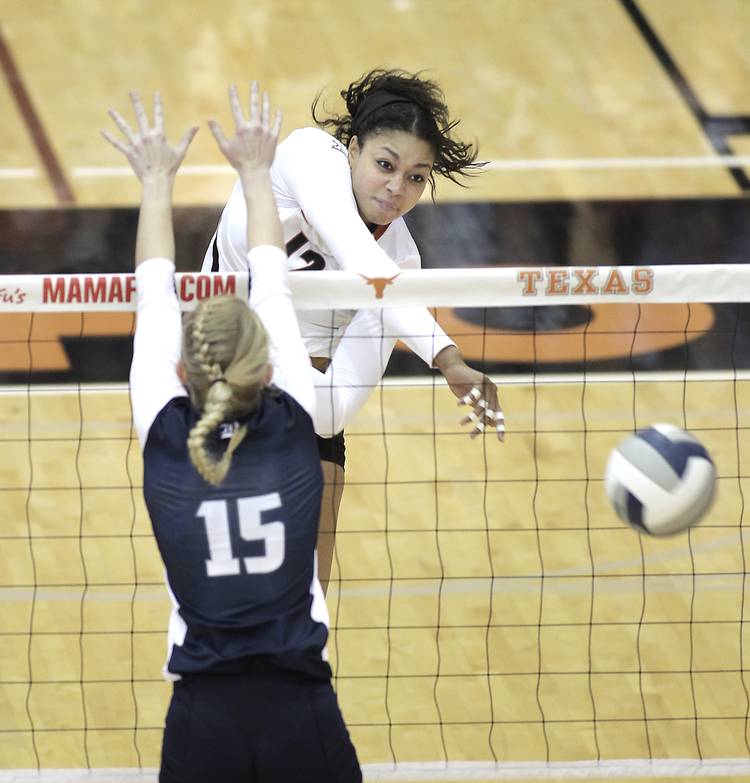 Freshman Morgan Johnson had six kills and hit .714 against Baylor on Wednesday.(Photo by Erich Schlegel/Special Contributor)

Defensively, Neal and Cat McCoy each had ten digs while Ogbogu blocked three kill attempts. Ogbogu also made three kills in the last five points of the first set to get the Longhorns the win.

Texas utilized a 5-0 run in the second set to establish control, but ended up needing six set points to take the victory.

The Longhorns closed out the match in the third set with the help of a 6-0 run and late kills by McCage and Neal.

Katie Staiger and Andie Malloy each had 10 kills for the Bears.

Texas will return home to take on Oklahoma Sunday at 1 p.m. The match will be televised on the Longhorn Network.