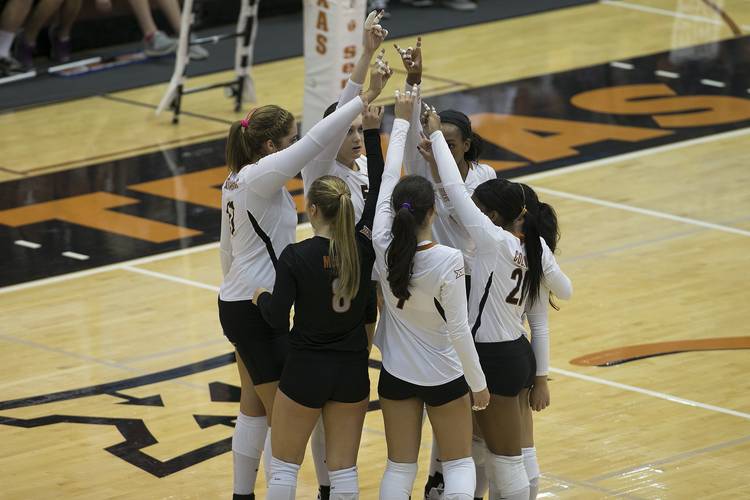 The Longhorns were outhit .309 to .183 as the Horned Frogs’ Sarita Mikals made 11 kills on a .500 hit percentage. Kaylee Smith added eight kills while Ashleigh Martin and Regan McGuire each had seven. McGuire also hit .385 while Martin had a .357 hitting percentage.

A bright spot on the night was Molly McCage becoming Texas’ all-time leader in block assists. She had a team-high four blocks on the night and now has 417 for her career, surpassing Errica Hibben who had 414 from 1989 to 1992.

Amy Neal and Chiaka Ogbogu each had ten kills to lead the Longhorns offensive attack but it wasn’t enough to overcome the Horned Frogs.

TCU started and ended the first set on a roll, scoring the first four points of the game and then ending the set on a four-point run.

The Horned Frogs were even more impressive in the second set, utilizing a 13-3 run to take a 20-9 lead. The Longhorns went on a 9-2 run, but couldn’t complete the comeback.

The final set had seven ties, but TCU took a 17-13 lead and controlled the rest of the match.

The Longhorns will have to regroup and get ready to face the Texas Tech Red Raiders on Friday at 6 p.m. in Lubbock.