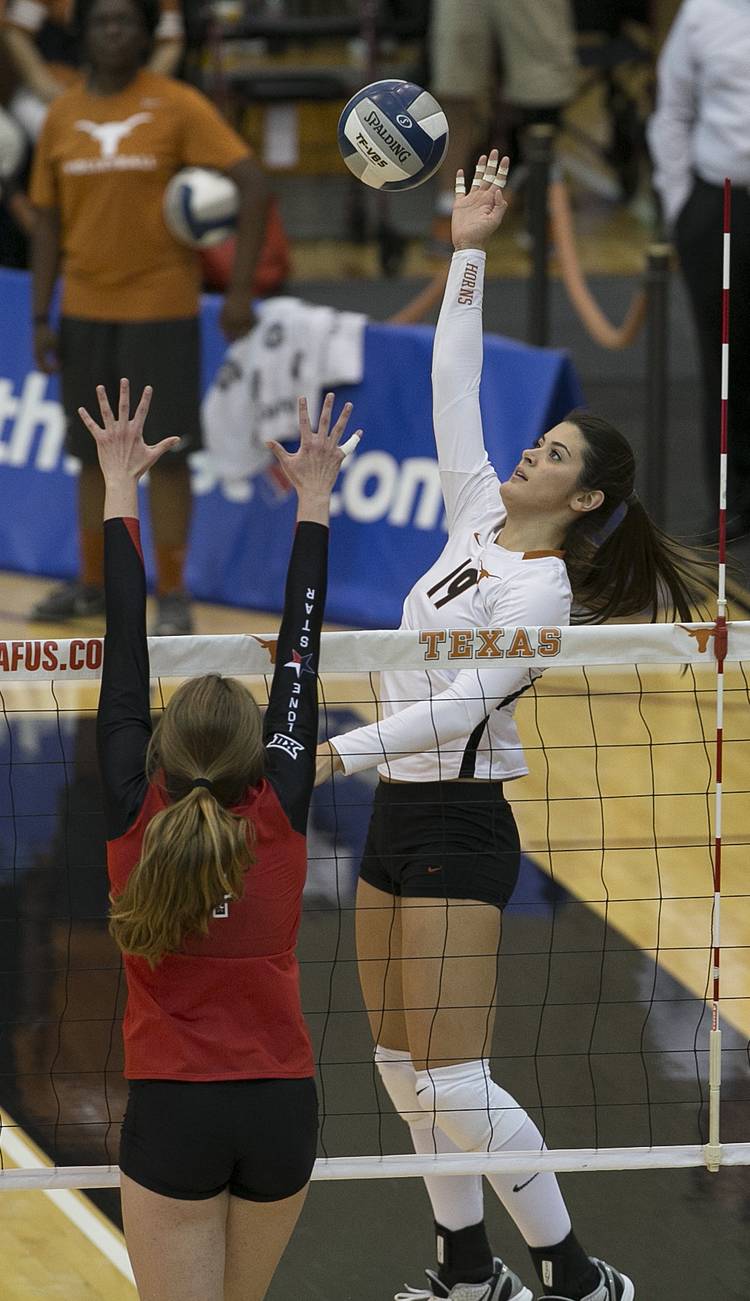 The No. 5 Texas Longhorns volleyball team went down a set to the No. 10 Kansas Jayhawks in Lawrence, Kan. and eventually took it to five before prevailing 3-2 (20-25, 25-20, 30-28, 22-25, 15-9) to sit alone at the top of the Big 12 standings on Wednesday night. A loss would have put the Longhorns in jeopardy of not winning the Big 12 for the first time since 2010 when the Nebraska Cornhuskers finished atop the conference.

Both teams entered the match at 10-1 in the Big 12 before the Longhorns improved to 21-2 overall and 11-1 in the conference while the Jayhawks fell to 22-2 and 10-2. Both losses for the Jayhawks have come at the hands of Texas.

Molly McCage had ten kills and two blocks in the win. Chiaka Ogbogu had eight kills and six blocks.

In the first set, Kansas took control after the set was tied at 15. The Jayhawks went on a 4-0 run and the Longhorns weren’t able to get to within two points as Kansas took the first set 25-20.

The second set saw the Longhorns take control early in the game following an ace by Neal that made it 6-3. The Longhorns were able to keep the Jayhawks at arm’s length throughout the set, building their lead to as many as six points. A 4-0 run when they were up 13-10 gave Texas enough of a cushion to win 25-20.

The pivotal third set went to the Longhorns as Ogbogu and Prieto-Cerame made the game-winning block to close out the set 30-28.

The Jayhawks were able to tie the match at two sets apiece when they went on a 4-1 run to close out the fourth set 25-22. Taylor Soucie made the game-winning kill for Kansas.

After trading points to start the fifth set, Ogbogu and Yaazie Bedart-Ghani blocked an attack by Tiana Dockery to give the Longhorns an 8-5 lead. After a kill by Kelsie Payne brought the Jayhawks to within two points at 11-9, the Longhorns went on a 4-0 run to close out the match. Two service aces by Neal book-ended by kills by McCage sealed the win for Texas.

Postcards from China: Haggling over Louis Vuitton is normal (and expected)