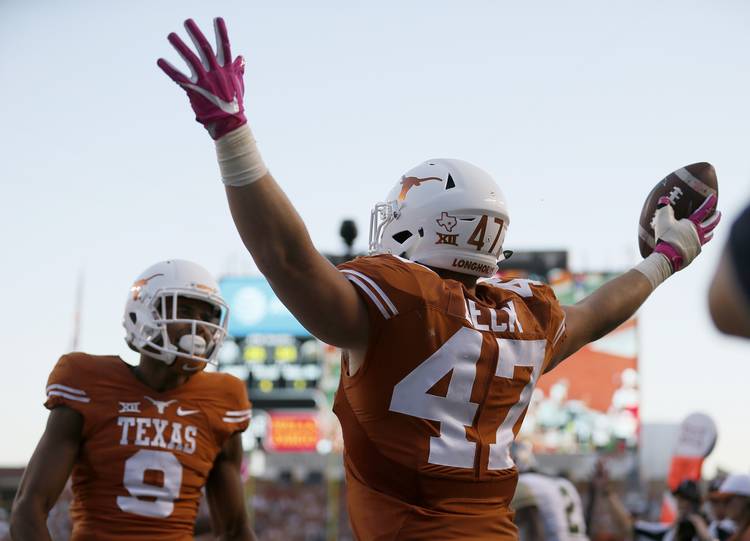 Let’s use Texas’ roster, history and scouting reports to countdown to the start of the 2017 football season. Today, we are only 47 days away from Texas’ home game against Maryland.

Which Longhorn wears No. 47? Senior Andrew Beck, who transitioned into a tight end after being recruited to Texas as a linebacker. Beck was slowed this spring by a foot injury, but he will enter the fall with 12 career catches.

Fun fact about No. 47: The UT record for consecutive games with a reception is owned by Roy Williams, who had a 47-game streak from 2000-03. Devin Duvernay boasts the longest active run among Texas’ current crop of receivers. The sophomore-to-be has hauled in at least one pass during each of his last 10 games.