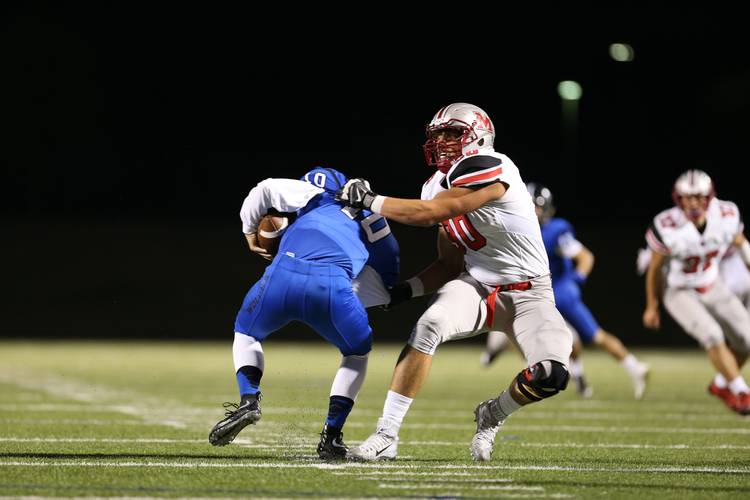 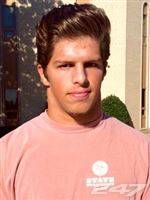 HOW HE GOT HERE: The coach primarily responsible for landing Fitzgerald isn’t even here anymore. It was Jay Norvell, assisted by Brick Haley, who recruited him (with a timely home, er, jewelry shop visit from Charlie Strong). Haley will be Fitzgerald’s position coach. Norvell made first contact early, visiting Fitzgerald in April 2015, then again a month later. Texas’ offer didn’t come until last September, when Fitzgerald was in town for the Oklahoma State game. He committed last November.

AT FLOWER MOUND MARCUS: Was an honorable mention all-state selection his senior year, and a three-time all-district pick. The Marauders went 17-16 in his three years, making the playoffs his sophomore and senior seasons.

FITZGERALD’S BEST GAME — SO FAR: The Marauders held on for a close 23-21 win at Plano West on Oct. 9, thanks in part to a big night from Fitzgerald, who harassed Wolves quarterback Logan Williams all night at Kimbrough Stadium. Fitzgerald had five tackles, one assist, three tackles for loss, two sacks, three hurries and batted one pass down.

THE NUMBERS GAME: Fitzgerald had 20 sacks over his final two years. His high school jersey number, 90, probably won’t be available. Sophomore-to-be defensive end Charles Omenihu wears it. Fitzgerald has been timed at 4.90 in the 40. Fitzgerald has more than 2,585 followers on Twitter (@andrewfitz90).

THEY SAID IT: “I say this guy right here will be the dark horse of this class. … When we turned the tape on, I said ‘Oh God, I don’t need to see anything else. If he’s going to play like that, we have to have him.” — Charlie Strong, on national signing day.

1. Fitzgerald’s oldest brother, Nick, was a defensive lineman at Air Force from 2011-14. He was credited with more than 100 tackles and four sacks in his college career. Nick is currently fulfilling his military obligation.

2. Charlie Strong never did an official in-home visit. The coaches instead went to Fitzgerald’s father’s jewelry store in Lewisville, which made for some interesting moments with customers. “One of his customers came in and saw Coach Strong sitting there,” Andrew said. “I guess he was a huge Texas fan and freaked out. He wanted a picture with him. It was cool to see that.”

3. Fitzgerald and fellow Texas signee Denzel Okafor (Lewisville) both attend the same church, St. Ann Catholic Parish in Coppell. The two competed against each other throughout high school, although not on every play. Okafor, an offensive lineman, would line up away from Fitzgerald if the formation was flipped.

Running backs coach Anthony Johnson: ‘This is Running Back U’