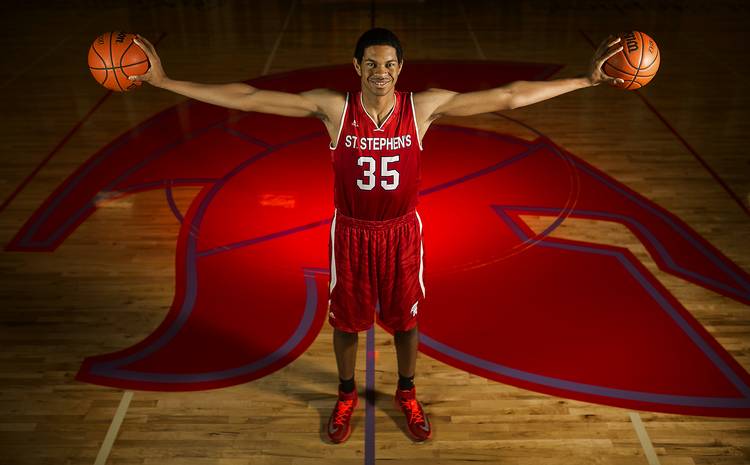 Jarrett Allen is one of the last top uncommitted basketball recruits in the nation, but he’s certainly not the only one.

In fact, he’s not even the only five-star player from Texas who’s yet to pick a program, and it could be a factor in why Allen, 247 Sports’ No. 23 overall recruit and No. 6-rated power forward, has yet to commit.

DeSoto product Marques Bolden is a 6-foot-11-inch, 250-pound center currently ranked as the No. 2 center in the 2016 recruiting class and the No. 20 overall prospect. Bolden is uncommitted, but that could change soon as the 18-year-old is expected to announce this week after delaying his decision on Sunday.

While Bolden, a McDonald’s All-American, was being recruited by the Longhorns last fall, two programs have emerged as the leaders, and they’re two of college basketball’s most storied programs: Duke and Kentucky.

Last week, Duke appeared to take the lead in Bolden’s recruitment when Derryck Thomas announced he was transferring and a scholarship spot opened. But Kentucky remains in play. As of Monday, 247 Sports had Duke as the favorite to land Bolden.

If Bolden commits to Duke it would strength a team many feel will be No. 1 in the nation next fall.

Why this matters is Kentucky is also recruiting Allen, who hasn’t given any indication of when he will commit or sign, as he can at any point this spring now that the signing period has passed. SB Nation’s Kentucky website reports that Allen is no longer a “realistic option” at Kentucky. But if Bolden spurns Kentucky, the Wildcats could turn their complete attention to Allen this week.

Whether Allen is waiting for Bolden to sign, or waiting to see which college players stay in the NBA Draft or comeback is speculation for a recruit who’s Twitter profile includes this piece of wisdom: “Nothing good comes out of hurrying — ‘It is… what it is'”

Right now it appears Texas has an inside track on Allen, who plays at St. Stephen’s Episcopal, but Houston is reportedly still in the mix. Notre Dame and Kansas are also in the recruiting mix on Allen, but on the outside looking in.

Allen’s decision could push Texas’ recruiting class into the Top 10, according to 247 Sports. Kansas currently has the top class in the Big 12 at No. 13, followed by Texas at No. 16.

Meanwhile, Texas has inked one 5-star, McDonald’s All-American player, Andrew Jones, and has no plans to stop recruiting for next season.