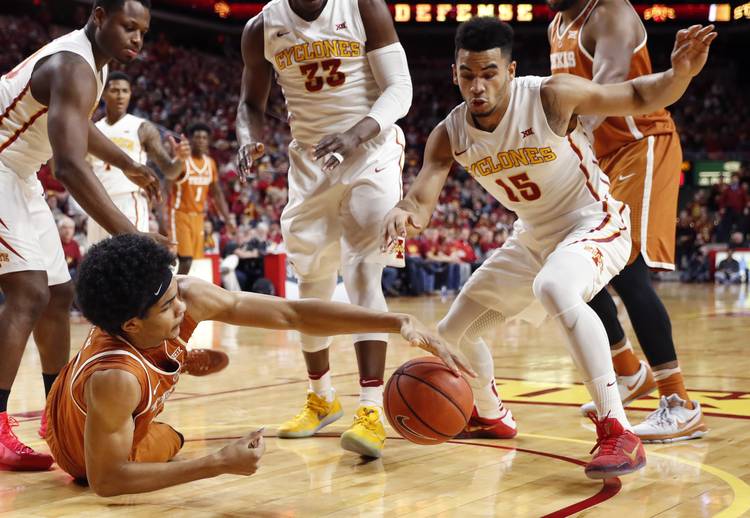 In this week’s Golden’s Nuggets, Cedric touches on a Bevo-related item: Here is his take:

Caught a bit of Texas’ 79-70 loss at Iowa State on Saturday. Guard Kerwin Roach was right when he said the team has tremendous fight despite its sub-.500 record.

I’m wondering if fight will be enough to get the Horns to at least a .500 record in the loaded Big 12. There’s still a chance because youngsters like Andrew Jones are starting to realize what goes into success on the college level. Right now the Horns look like a 8-10 Big 12 team but that can change if they can cut down on some of the brain lapses like the miscues and missed free throws that happened down the stretch at Ames.

Wednesday’s home game will be a tough one against much-improved TCU (12-3). That includes a near-upset of Kansas, which escaped Fort Worth with a 86-80 win on Dec. 30.

For the rest of Cedric’s Nuggets, including his thoughts on the Cowboys/Packers divisional match up and Houston’s chances versus the Patriots, click here.