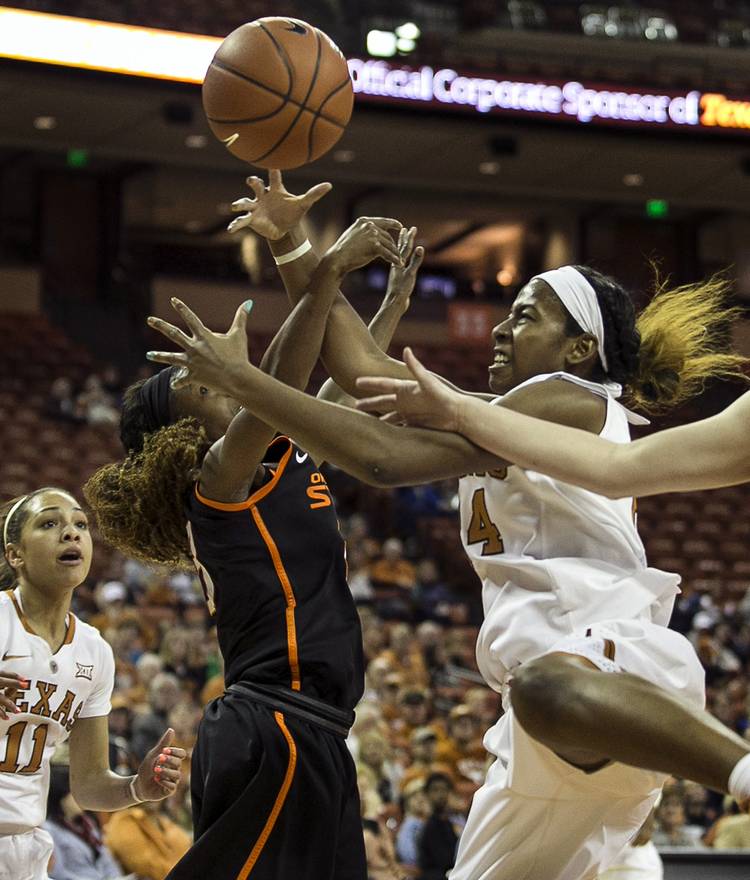 The Cowgirls are coming off a 70-57 victory against Texas Tech Sunday in Stillwater. It marks the first time since the 1992-93 season OSU has won six straight conference games. Big 12 Player of the Week Brittney Martin scored 32 points and grabbed 15 rebounds in the victory. Martin has earned a double-double in eight straight games and has a conference-leading 15 for the season. On Feb. 3 the Cowgirls defeated Oklahoma 71-69, their first victory over the Sooners in Norman since 1998. Roddricka Patton ranks second in the country in assists — behind Baylor’s Niya Johnson — with 7.7 per game. OSU ranks 14th in the nation (out of 344 teams) in rebounding margin, averaging 9.5 boards per game more than its opponents.

The sixth-ranked Longhorns are coming off a 65-49 victory over Iowa State on Saturday, their first victory in Ames since 2009. Ariel Atkins recorded her first double-double (22 points, 11 boards) in the victory. Texas defeated Oklahoma State 78-48 on Jan. 9 in Stillwater, racing to a 25-9 lead after one quarter. Freshman Jordan Hosey had a season-high 12 points in the victory. With 7 games remaining in the regular season, Imani Boyette has 272 career blocks, which ranks third in school history. She needs 18 more to surpass former Longhorns Ellen Bayer. Texas ranks No. 6 in the country in scoring margin, outscoring its opponents by an average of 19.5 ppg. Texas ranks 20th in the nation in defensive, limiting foes to 54 ppg.