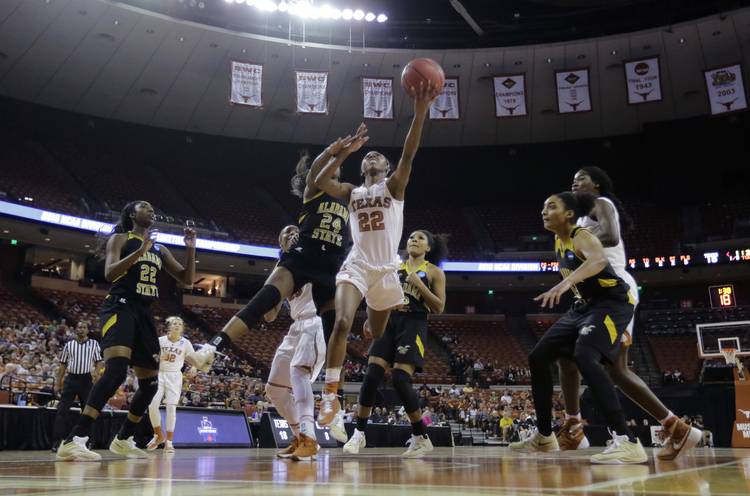 Texas, up 32-22 at halftime, used a 10-point run to open the third quarter to pull away. A pull-up jumper by Ariel Atkins with 6:48 to play in the third put Texas up 42-22 and forced Alabama State coach Freda Freeman-Jackson to call a timeout.

Texas outscored the Hornets 26-5 in the third quarter to take a 58-27 lead after the third.

Up next: Texas will continue its journey in the NCAA Tournament at 8 p.m. Monday against Missouri.

Missouri (22-9) was led by forward Jordan Frericks, who scored 20 points, and guard Sophie Cunningham tallied 19 to pace the 10th-seeded Tigers to a 78-69 victory over No. 7 seed BYU Saturday night.

Missouri’s victory came exactly 15 years since the Tigers last won a game in the NCAA Tournament.

The winner of Monday’s game will advance to the Sweet 16 round of tournament and play in Bridgeport, Conn., on Saturday.