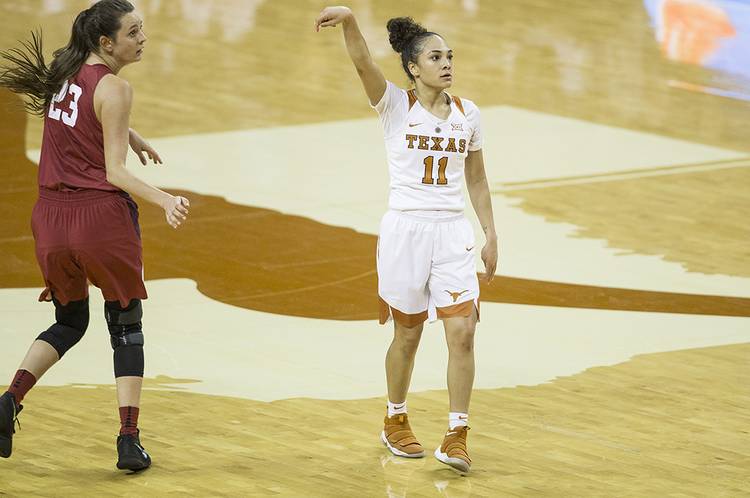 Atkins and Higgs were also named to the Big 12’s All-Defensive Team.

The teams were selected by the 10 Big 12 coaches, who were not allowed to choose anyone from their own teams.

No. 7 Texas returns to action on Saturday in the quarterfinal round of the Big 12 Conference Tournament when the second-seeded Longhorns face the winner of the first-round game between seventh-seeded Iowa State and 10th-seeded Texas Tech. Tip-off is slated for 6 p.m. CT and the game will be televised by Fox Sports Net.

This week in mock drafts: Where do the Longhorns stand ahead of the NFL Combine?

Texas track to compete in 12 events at NCAA Indoor Championships