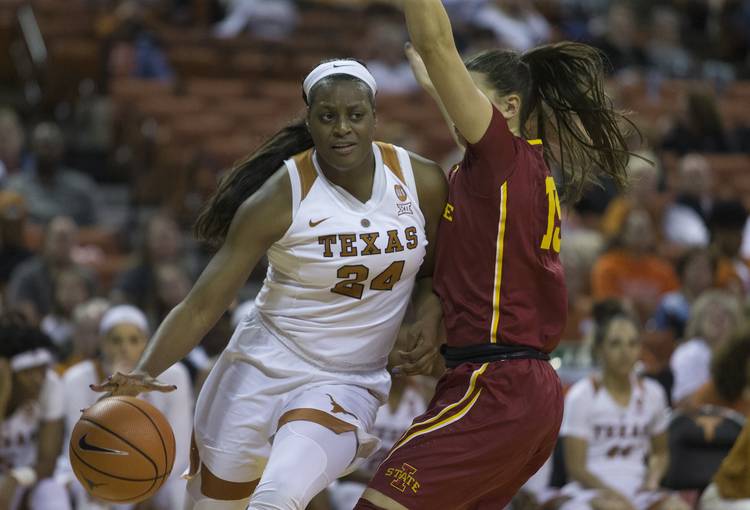 Ariel Atkins scored 25 points to  lead No. 7 Texas to an 81-69 victory over Iowa State in a Big 12 Conference Tournament quarterfinal game Saturday night in Oklahoma City.

Texas (25-5) advances to the semifinals to face the winner of Saturday’s late game between West Virginia and Oklahoma State. Game time will be 4:30 p.m. at Chesapeake Arena and will be televised by Fox Sports 1.

Emily Durr scored 25 points for the Cyclones before coach Bill Fennelly removed her with 2:08 to play. Iowa State finishes the season 13-17.

Behind Jatarie White and Atkins, Texas shot 65.5 percent from the field in the first half to take a 42-27 lead at the break. White would finish the game with 18 points to go along with 12 rebounds.

Iowa State gave Texas a scare in the third quarter and trailed only 56-47 heading into the fourth. Texas, though, opened with an 8-0 run to start the fourth to pull away.

Texas softball gets first win over top 10 team since 2015