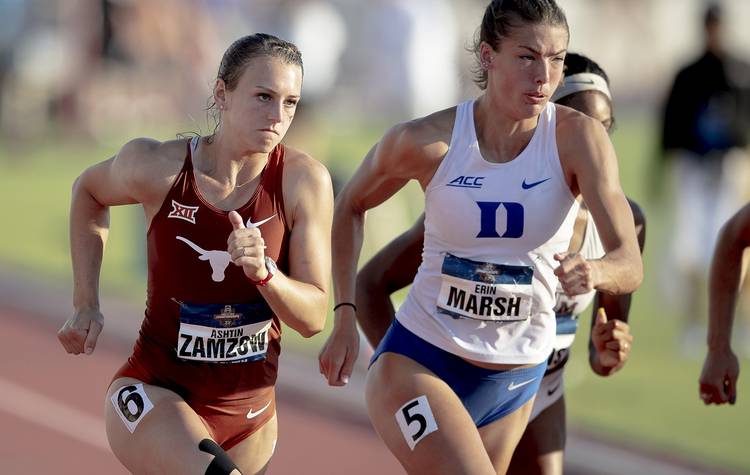 Texas senior Ashtin Zamzow competes in the 800-meter portion of the heptathlon at the NCAA's outdoor track and field meet on June 8, 2019 in Austin. [NICK WAGNER/AMERICAN-STATESMAN]

Ashtin Zamzow may not be done making history at Texas.

U.S. Track & Field and Cross Country Coaches Association will name three finalists on June 19. The Bowerman Award will then be awarded at the organization’s convention in December. Local track and field fans, though, may have developed their own opinions about who should win the award at last week’s NCAA championships.

Seven of the 10 semifinalists won an individual title at Myers Stadium. LSU freshman Sha’Carri Richardson was the talk of the town after her outstanding time of 10.75 seconds in the 100-meter dash set a collegiate record. Boise State’s Allie Ostrander became the first woman to win three straight championships in the 3,000-meter steeplechase. USC junior Anglerne Annelus took home gold medals in the 200-meter dash and the 400-meter relay.

Yes, you can now watch a live video feed of construction at Royal-Memorial Stadium