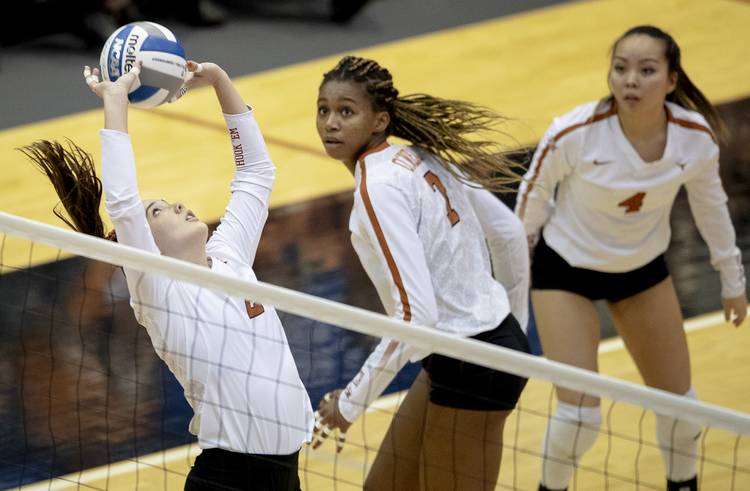 Texas freshman middle blocker Asjia O’Neal revealed in an Instagram post on Wednesday night that she had recently had heart surgery for the second time.

O’Neal said the surgery was conducted at the Cleveland Clinic last week. The 20-year-old O’Neal, who had her first open heart surgery seven years ago, wrote that she was “feeling better and doing more each day.”

In her Instagram post, O’Neal shared the videotaped well wishes that she received from NBA superstar LeBron James. O’Neal’s father, Jermaine, played in the NBA for 18 seasons. O’Neal also said she believes that she will be healthy enough to play during the 2020 season.

If yall know me you know how important the number 7 is in my life. 7 years ago I started my volleyball journey and had my first open heart surgery. There I was a 13 year old going through what was the hardest battle in my life at the time all while finding my love of the sport. Now here I am 7 years later, first year of collegiate sports in the books and I’ve been faced with the same struggle. After countless of appointments and tests and being faced with the possibility of never playing the sport I love ever again I was told the only option was surgery. Now 8 days post op I’m feeling better and doing more each day and while I know the road to recovery is gonna be a long and hard one Im ready and cant wait to be back on the court in August. This journey has made me truly grateful for the ability to play the game I love and lit a fire inside of me that y’all aint seen yet. This 2020 season yall gone feel me. Like Bron said, minor setback for a major comeback! Thanks for all the prayers and well wishes!! I’ll see yall in August!

Recruited out of Southlake Carroll High, O’Neal was rated as the Class of 2018’s second-best prospect when she signed with Texas. She redshirted in 2018 but made 23 starts this past season. Over 26 matches, the 6-3 O’Neal averaged 1.34 kills and 1.00 blocks per set. She also earned a spot on the Big 12’s all-rookie team.

Like O’Neal, Texas is optimistic that she will be available for this upcoming season. UT coach Jerritt Elliott did say on Thursday that O’Neal will not participate in spring drills.

“It’s something that’s she’s obviously been dealing with since her childhood. I think her parents have done a great job and the university has done a great job of putting the right team around her and getting her to a spot where she’s able to get healthy,” Elliott said. “We wanted to see if she could get back to playing again. Everything shows that she’s in a god spot to return so there should be no concerns there.”