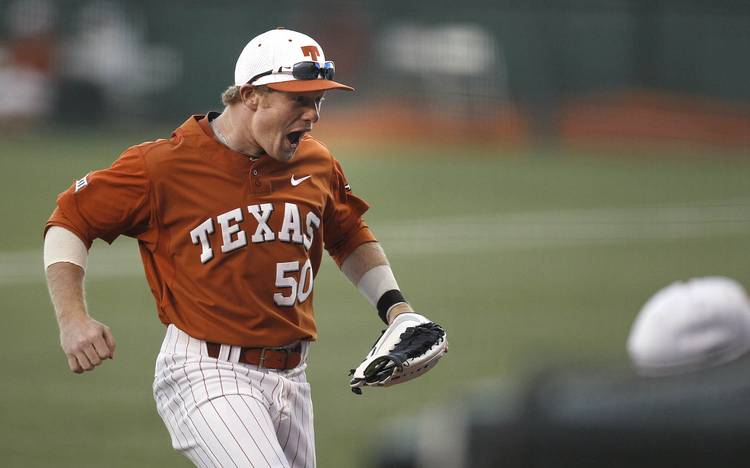 Texas' Zane Gurwitz returns to the dugout in the middle of the first inning against UT Pan American during a NCAA college baseball game at Disch-Falk Field Wednesday, Feb. 25, 2015. (Stephen Spillman for AMERICAN-STATESMAN)

On Wednesday, Texas baseball coach Augie Garrido met with the media and set his lineup for Friday’s season opener against UNLV.

It goes as follows:

*Joe Baker, who was scheduled to start at 2B, will likely miss the three-game series with a leg injury.