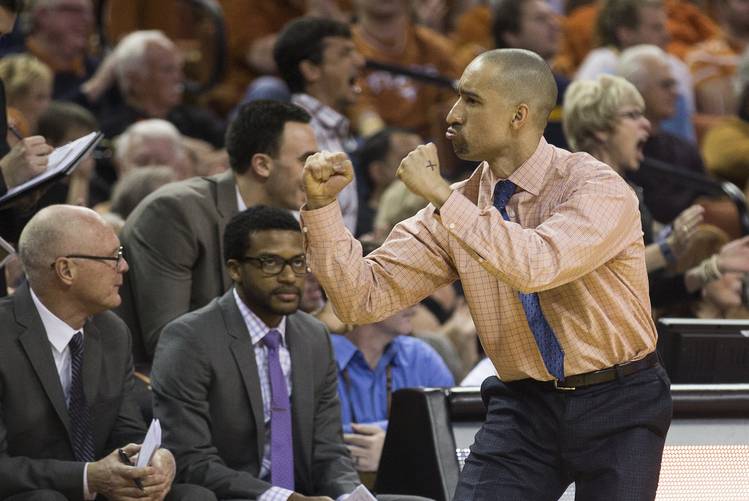 Shaka Smart’s coping mechanisms when it comes to losing:

Shaka Smart has never liked losing. But he used to take it a lot harder than he does now. When he was an assistant coach at Clemson, head coach Oliver Purnell used to go out of his way to ask him how he was coping. He’d say, “Are you OK, man?” Smart wasn’t always OK. He can remember an extreme reaction he once had after a tough home loss to Dayton, looking for solace in his Toyota Corolla. “I’ve never dealt well with losing,” Smart said. “I’d be so distraught, I didn’t care about anything. That time, I went out and did donuts in my car in a deserted parking lot.”

On the upcoming UT baseball season:

Texas baseball season opens Friday against Nevada-Las Vegas, and Augie Garrido still gets goose bumps. “I just don’t know if it’s out of joy or fear,” Garrido said. “I think our team is much more together. We have some leaders in their junior years who have been to Omaha and know what that’s like and had a season like last year (30-27) that was a slap in the face for them. They’ve seen the contrast of the two. I think they’re motivated by the two different years and want very much to return to championship baseball.” … Sophomore right-hander Kyle Johnston will get the Friday night start, followed by junior lefty Ty Culbreth and sophomore righty Connor Mayes. The key will almost certainly revolve around the offense; Texas hit only .259 with one batter over .300 last year. Garrido saw progress in last week’s scrimmages because in 219 at-bats, there were only 29 strikeouts.

Went to former Texas baseball coach Cliff Gustafson’s 85th birthday party at Onion Creek Golf Club on Saturday. I kidded Gus about how he’d told me once he wanted to be an auctioneer. “My dad took me to some livestock shows. I loved listening to them, but I just couldn’t talk fast enough,” he drawled. Gus, probably my favorite Longhorn coach to cover ever, said he’s given up his staple, Blue Bell ice cream.

His thoughts on when UT hoops will win a title:

Crazy prediction: Shaka Smart will win a national championship in the next three years.

For the rest of Kirk’s thoughts including ones on the upcoming World Golf Championship in Austin, Karen Aston’s squad and his book recommendation, click here.