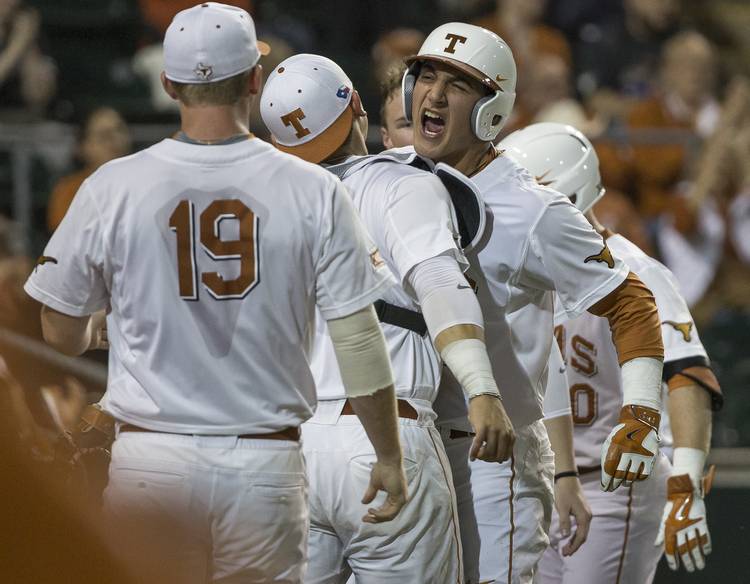 Where it went right: A day after they struck out 11 times to open the season, the Horns got off to a fast start offensively with three runs in their first at-bat. Tres Barrera singled in one run before Michael Cantu sent a shot to left field that Payton Suier couldn’t handle. The error resulted in two more runs and a 3-0 UT lead.

The starter: Ty Culbreth looks like a keeper in the weekend rotation. A reliever for most of last season, he looked sharp aside from a solo bomb he surrendered to Andrew Yazdanbaksh in the fourth. It was the second homerun of the series for Yazdanbaksh, and it was another blast to left. Culbreth left after the fifth inning, as the plan is to not tax any of the starters this weekend. He struck out four — including two in a row to get out of a jam in the second inning — and walked one. He gave up four hits.