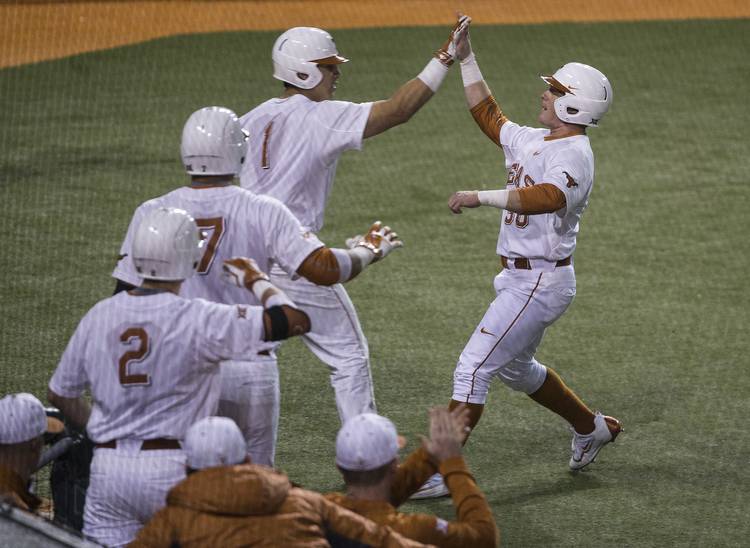 Texas bounces back to beat Stanford in the second game of the series  Friday night.

Where it went right: The Horns scored all four of their runs in the third. The first three were brought in without a hit. Stanford starting pitcher Tristan Beck walked Kacy Clemens and then hit Tyler Rand. Zane Gurwitz grounded to third, but Cardinal third baseman Mikey Diekroeger’s throw to first was a bit too wide and was dropped by first baseman Matt Winaker. Bret Boswell followed by bringing in Rand on an RBI groundout. Joe Baker and Tres Barrera brought it the next two runs with back-to-back hits.

The starter: Pitcher Kyle Johnston was practically flawless. He had control of the game and control of his pitches the entire night. He was able to change speeds on command and would offset his mid-90s fastball with a knee-melting breaking ball or eye-fooling change-up. He walked two batters this time around, as opposed to five in his first start. His final line: 7 innings, 4 hits, 2 earned runs, 2 walks and 9 strikeouts.

Top hitter: Baker finished 2-for-3 with a run scored, and his third inning double brought in Gurwitz.

Key Stat: Texas’ pitchers forced Stanford to strand eight runners on the base paths. In the top of the eighth, Stanford left the bases loaded with two outs.