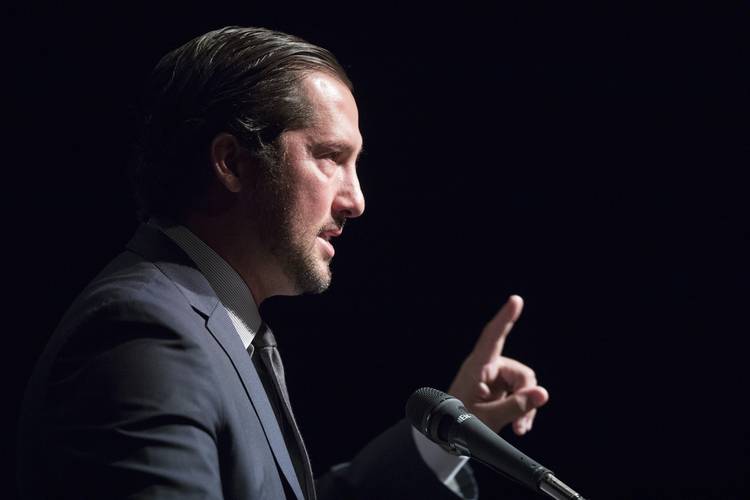 On the celebration of Augie Garrido’s life on Monday:

The players. They were what Augie Garrido really cared about when it came to coaching the game he loved.

The University of Texas said goodbye to the coaching icon on Monday and several men who played for him gave touching remembrances of their times with Garrido the coach, the man, the teacher and friend in a two-hour memorial service at the Erwin Center.

From All-Americans Mark Kotsay and Huston Street to the bullpen catcher on his final team, they all told stories of how Garrido impacted their lives.

Street, speaking through blinding tears, told of the phone calls he got from his former coach after each of his three sons were born. After leading Texas to its first College Series in nearly 20 years in 2002, Street went on to play for five MLB managers but counts Garrido as tops as far as impact on his career.

“The beauty of Coach was his ability to articulate what you needed at that moment,” Street said. “We were all the same to him. He was the best coach I’ve been around in my entire life.”

The true measure of a person is what’s said about them when they are gone. Garrido left a lasting legacy and the mourners assembled were there to pay ultimate respect to the coach who won a record 1,975 games along with five CWS titles. Even greats whose college careers ended long before Garrido arrived in Austin — Texas legends like Brooks Kieschnick, Keith Moreland, and Greg Swindell — showed up to honor his memory.

Yes, Mack Brown, DeLoss Dodds and Shaka Smart had wonderful stories, but each would agree to a man that Augie was all about the players. He went out of his way to take care of them during my time on the beat in the years 2003 through 2006. He credited them for wins and took the blame for losses.

Plus he never forgot to have a good time.

“He was a bit mischievous,” Dodds said. “He moved with no effort at all and for some reason, he always had his shirt tail out. And I liked that.”

There were a few nice stories and lots of tears shed on a somber day. Garrido’s long-time friend Kevin Costner even lent his voice to a tribute video produced by Longhorn Network.

The only thing we didn’t get was Augie telling jokes and getting chuckles from his listeners.

It’s what I will miss most about him. The laughs. So many laughs.

For the rest of Cedric’s Nuggets, including his thoughts on Tiger Woods at the Masters and the NBA playoffs, click here.