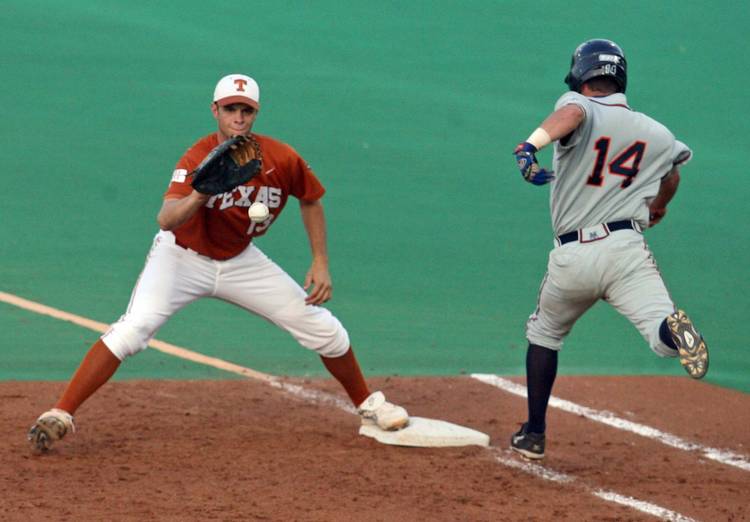 Texas first baseman Brandon Belt prepares to get UTSA's Tyler Carpenter out at first base during a game at UFCU Disch-Falk Field on April 23, 2008. KELLY WEST/AMERICAN-STATESMAN

Ex-Texas baseball player Brandon Belt and his wife, Haylee, welcomed their second son into the world on Friday.

The 9-pound, 9-ounce boy was named August Kyle Belt. The name is a tip of the cap to August “Augie” Garrido, who coached Belt at Texas. Belt currently plays for the San Francisco Giants.

Garrido, 79, passed away in March after suffering a stroke in California.

Congrats to the Belt’s on their new addition. Haylee gave birth to a healthy baby boy today, August "Augie" Kyle Belt. 9 lbs 9 ounces. 21 inches. He was named after Brandon’s college coach, Augie Garrido, who passed away earlier this year.

During Belt’s two seasons, Texas went 89-38-1. The Longhorns were beaten by LSU for the NCAA championship at the College World Series in 2009.

Belt was selected by San Francisco in the fifth round of the 2009 MLB Draft. Belt made his debut in the major leagues in 2011. He was named an all-star in 2016.