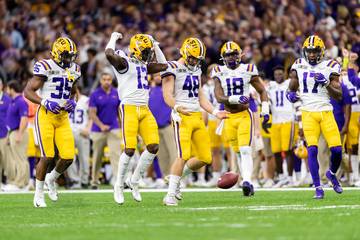 The college football season is two months away. Right? As it approaches with question marks, our 12th annual countdown series of our preseason Top 25, as selected by the American-Statesman sports staff, breaks down who we think are the top teams in the country. Last year’s eventual College Football Playoff … Read More 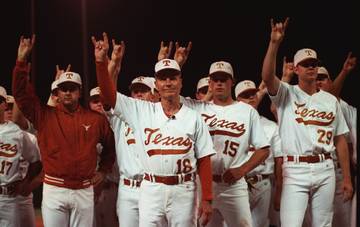 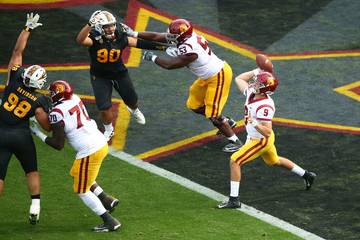 The 2020 college football season is two months away. Right? As it approaches with question marks, our 12th annual countdown series of our preseason Top 25, as selected by the American-Statesman sports staff, breaks down who we think are the top teams in the country. Last year’s eventual College Football … Read More

Chris Del Conte has heard it all. Darn near every scenario under the sun. College football on schedule. No chance of college football. Delayed football. Football in the spring. And then again in the fall of 2021. “I’ve heard ‘em all,” the shaggy-bearded Texas athletic director said on Thursday. “Everyone … Read More

Cat Osterman stood for the national anthem Monday. And then took a stand. Another one. I respect both of her stances. The former Texas softball star and Olympic gold medalist led a mass walkout of her professional fast-pitch team Tuesday after a furor over an inflammatory, politically charged tweet from … Read More

Texas players have spoken in good faith. The school will listen, we trust, equally in good faith. And the eyes of the nation will be upon both parties going forward in these turbulent times. A week ago, Longhorns football players marched. On Friday, they effectively gave their school marching orders … Read More

While the Longhorns’ athletic year was incomplete, our annual review is not. Even though the seasons of 10 Texas sports teams were abruptly halted in March because of the coronavirus pandemic, here is a look back at some of the highs and lows and in-betweens. Get out your No. 2 … Read More

Football is back. Well, at least a tiny semblance of it. A glimmer, perhaps. If the SEC says so, it has to be true, right?  And if football is back, could normalcy be far behind?  Not necessarily. And not if the return is force-fed before everyone is adequately … Read More

Jimmy Blacklock wanted to set the record straight about his straight-laced college basketball coach. Seems that Leon Black did cuss. At least once. His Texas basketball team had just been overwhelmed by UCLA sophomore Bill Walton and the eventual national champion Bruins at Pauley Pavilion by 50 points, and Black … Read More

The NCAA just can’t help itself. One day after its Board of Governors advocated a landmark proposal that would allow student-athletes to profit off their own identity and be compensated for their name, image and likeness, it took a step backward Thursday by not backing a rule that would allow … Read More

More than a year ago, Collin Johnson made an impactful decision that would drastically shape his young life. Coming off a terrific junior season as Texas’ highly productive outside receiver, he decided to come back to Texas for his senior year. Nothing much has gone his way since. Just don’t … Read More 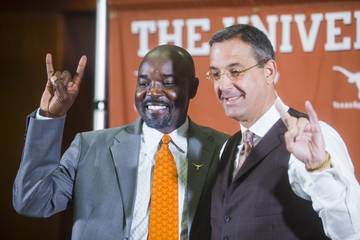 The University of Texas has decided not to retain one of head track and field coach Edrick Floreal’s assistants, Matthew McGee, athletic director Chris Del Conte told the American-Statesman on Friday morning. “Coach Flo just wanted to make a change with one of his staff members, and he made a … Read More

American-Statesman columnists Kirk Bohls and Cedric Golden interviewed Texas football coach Tom Herman on Wednesday for their “On Second Thought” podcast. They weigh in on several key UT football topics: Do you agree with Tom Herman, that there will be a 2020 season? Bohls: … Read More

It was years ago, back in 1992 after an insignificant basketball game, and Gary Blair’s dominant Stephen F. Austin women’s basketball team had just thrashed Vic Schaefer’s overmatched Sam Houston State team. Insignificant being a very relative term. The two coaching rivals, who’d both prefer a 2-by-4 against their heads … Read More

It’s time to scare Kim Mulkey over her morning coffee. Seriously. Time to deliver a message to the Baylor dynamo before her first Red Bull. Or maybe Mulkey eats nails for breakfast. Regardless, Texas needs to step to the plate, be Texas for a change, pay market value or above … Read More

Score one for the NCAA. Not sure I can remember the last time we scored any at all for that too-often disconnected, slow-moving body, but the organization that governs college athletics got this one right. The welfare of student-athletes across the landscape got a rare, favorable ruling from the rigid … Read More

In his first conference call with the media since the coronavirus pandemic struck, Tom Herman shed a lot of light on life in the Texas football program moving forward with new rules, new staff schedules, new online classes and electronic visits with his players and, yes, a whole lot of … Read More

For the past year and a half, Jack Conger’s life had a peaceful, very regimented order about it. But that all took an abrupt if not totally unexpected turn last week when the Olympic swimmer heard the dramatic announcement from the International Olympic Committee. The news that the 2020 Olympic … Read More

The Shaka Smart Redemption Tour continues. Practically everything else in the world has been shut down thanks to the coronavirus pandemic, but the never-ending saga that is the Texas head basketball coach continues to lurch forward. Smart will return next season. RELATED: ‘Shaka’s our coach’: Texas … Read More 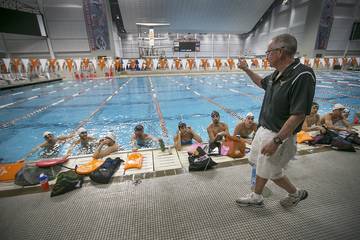 Long-time Texas swimming coach Eddie Reese, a former U.S. Olympic swimming coach, said Tuesday he wasn’t the least bit surprised that the 2020 Games are being postponed. “They had to do it,” said Reese, who has served as head coach of the Olympic swim team three different times. “I really … Read More