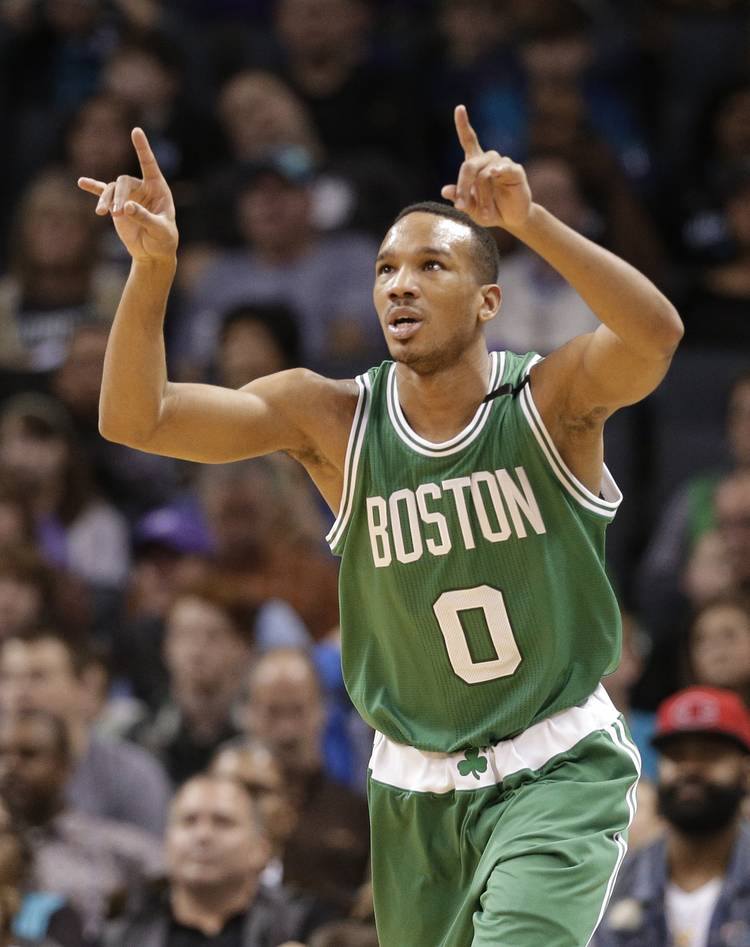 Avery Bradley has bounced back in two games after a poor outing against the Hawks. (AP Photo/Chuck Burton)

Kevin Durant, F, Oklahoma City Thunder: Durant scored 25 points in a losing effort against the Cavs on Thursday, but the Thunder have rattled off three straight wins since then. In that span Durant is 24 for 46 (52%) from the field, including 78% on 7 of 9 shooting in the 35-point win over the Lakers on Wednesday. He’s currently slightly below his career average, scoring 26.6 points per game.

Avery Bradley, G, Boston Celtics: He struggled on Friday, scoring just four points on 2 for 8 shooting from the field. He improved in the next two games, scoring 13 against the Timberwolves and then 18 against the Hornets. He’s averaging 15.4 points per game.

LaMarcus Aldridge, F, San Antonio Spurs: Playing with the Spurs, Aldridge doesn’t have to be counted on night in and night out. The Spurs have won 12 games by 20+ points, including Wednesday’s 108-83 win over Minnesota. Aldridge had just 12 points to go with eight rebounds and a block. Last Friday, however, the Spurs were tested by the Clippers and Aldridge came up big, scoring 26 points and grabbing 13 rebounds in the 115-107 victory.

D.J. Augustin, G, Oklahoma City Thunder: Augustin has had minimal impact on the Thunder’s play as of late. He’s totaled eight points in his last four games, but has assisted on 11 baskets in that span. He’s well below his career average in scoring, at 4.6 points per game. He hasn’t played more than 18 minutes in his last eight games.

Tristan Thompson, F, Cleveland Cavaliers: The Cavs have won six in a row and Thompson has logged two double-doubles in the process. He scored ten points and had 14 rebounds in the 91-84 win over the Knicks on Wednesday after scoring 14 points and grabbing 15 rebounds in the 104-100 win over the Thunder two games earlier. He’s now averaging 9.9 rebounds per game to go along with 7.1 points.

Cory Joseph, G, Toronto Raptors:  Joseph helped the Raptors defeat the Mavs 103-99 on Tuesday, scoring 12 points on 3 of 6 shooting in addition to having five assists and four rebounds. Despite struggling in the two previous games, he’s still averaging nine points per game, more than three points better than his career average.

P.J. Tucker, F, Phoenix Suns: He’s played pretty well in two of his last three games. He scored eight points and hauled in 13 rebounds against the Nuggets on Wednesday night. The previous Sunday he scored 12 points and grabbed seven boards. The Suns haven’t won since Friday, a game in which Tucker scored six points and to go along with three rebounds and two assists.