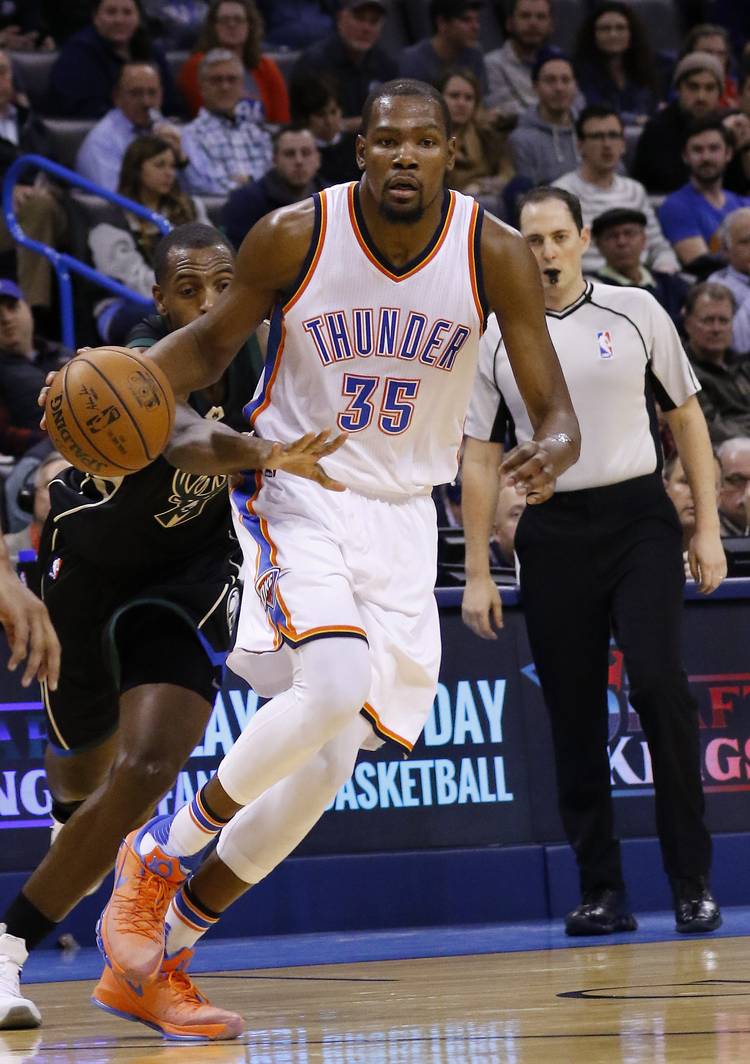 Kevin Durant, F, Oklahoma City Thunder: He’s scored at least 20 points in 18 consecutive games. He was close to notching a triple-double in the Christmas day loss to the Bulls. He scored 29, pulled down nine rebounds and assisted on seven baskets. In Sunday’s win over the Nuggets he had a double-double, scoring 26 points to go with ten assists. He’s perfect from the free throw line in his last four games, going 26 for 26. He’s averaging 26.6 points per game and his rebounds per game (7.5) are up from his career average (6.9).

LaMarcus Aldridge, F, San Antonio Spurs: Two nights in a row Aldridge was just a rebound shy of notching a double-double. In Friday’s loss to the Rockets he scored 18 points to go along with nine rebounds. The next night he scored 12 points and grabbed nine boards against the Nuggets. In Monday’s win over the Timberwolves he scored just six points as he dealt with some foul trouble. He finally got his double-double in the big win over the Suns as he scored 21 points in addition to pulling down 12 rebounds. He also had a block and two assists.

Tristan Thompson, F, Cleveland Cavaliers: Thompson had at least ten rebounds in four straight games beginning last week. He had ten rebounds in the Cavs’ 101-97 win over the Suns to help snap a two-game losing streak. He scored nine points and grabbed seven boards in Tuesday’s win over the Nuggets. He’s averaging 9.9 rebounds per game.

Myles Turner, F, Indiana Pacers: He hadn’t played since Nov. 11 with a broken thumb, but his return on Wednesday was encouraging as he scored eight points to go along with five rebounds and three blocks. The 19-year-old played 22 minutes in Wednesday’s return and he’s averaging 6.3 points per game for the year.

Avery Bradley, G, Boston Celtics: Bradley has been up-and-down in his last three games. He scored 18 and and had three steals in the Celtics’ win over the Pistons on Saturday, but then scored just six points against the Knicks on Sunday. He scored 13 points on Wednesday against the Lakers, but his team fell to a team they should have beaten. He’s averaging 15.1 points per game, a career-best.

Cory Joseph, G, Toronto Raptors: Joseph has been dealing with an illness and it showed in his minutes on Saturday and Monday. Joseph scored just four points in 16 minutes against the Bucks on Saturday and tallied just three points in 13 minutes on Monday. He did add four assists in the win over the Bucks. He got more minutes on Wednesday, but didn’t really improve on his scoring as he was 1 for 5 with four points in the win over the Wizards.

P.J. Tucker, F, Phoenix Suns: Tucker has been playing a lot of minutes, but his team was in the midst of a six-game losing streak entering Thursday. The Suns even lost to the 76ers in that stretch. Tucker scored ten points and had seven rebounds in that game. In a four-point loss to the Cavs on Monday, Tucker contributed 14 points and six boards. He was just 1 for 2 in Wednesday’s blowout loss to the Spurs. He had five points. He’s averaging 6.1 points per game and 5.3 rebounds.

D.J. Augustin, G, Oklahoma City Thunder: The point guard hasn’t scored in two games and has played just six minutes in that stretch. In the loss to the Bulls on Christmas day, he scored three points on 1 of 2 shooting from behind the arc. He’s scored just five points in his last four games.