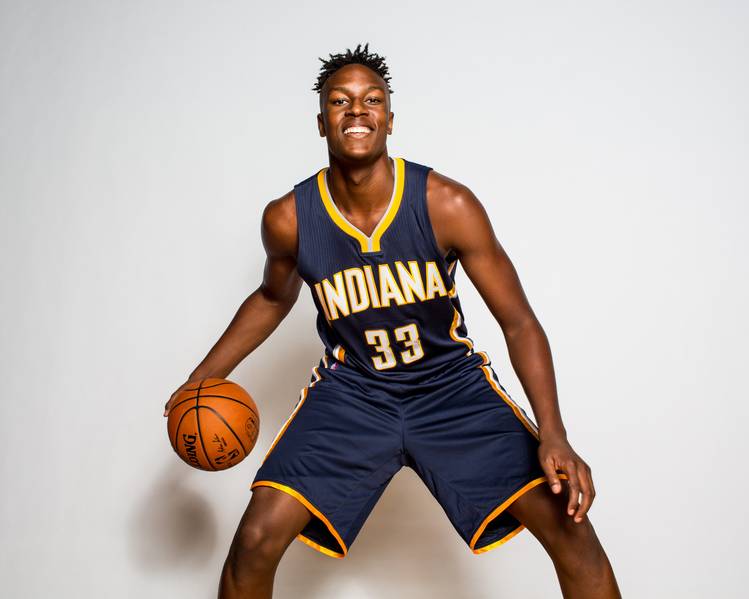 Kevin Durant, F, Oklahoma City Thunder: The Thunder have lost three out of their last four games  since we last checked in on Durant. He still managed to extend his streak of scoring at least 20 points in a game to 47. He’s also had a double-double in each of those four games. In Wednesday’s 103-98 loss to the Clippers he scored 30 points to go with 11 rebounds, five assists and five blocks. In the last four games he’s had at least five assists, so he’s doing his part despite the Thunder falling in three of those games. Their most deflating loss had to be the 121-118 heart-breaker against the Golden State Warriors on Steph Curry’s amazing 37-foot three-pointer with less than a second to play in overtime.

LaMarcus Aldridge, F, San Antonio Spurs: After averaging 20.5 points per game in February, Aldridge started the month of March with 23 points and ten rebounds in the 97-81 win over the Detroit Pistons on Wednesday. The Spurs had a six-game winning streak entering Thursday. Aldridge scored 26 points and grabbed 16 rebounds in the 104-94 win over the Rockets to close out February.

Myles Turner, F, Indiana Pacers: The Pacers have lost three of four games but Myles Turner had a good month, earning the NBA’s rookie of the month award for the Eastern conference. He averaged 13.4 points, 6.6 rebounds and 1.8 blocks per game in the month. In Wednesday’s 104-99 win over the Milwaukee Bucks he scored 12 points and had two blocks. In Sunday’s 111-102 loss to the Trailblazers he had eight points in 29 minutes. That ended a streak of nine straight games in which he scored in double digits.

Avery Bradley, G, Boston Celtics: Bradley’s Celtics have won four in a row and he’s scored at least 17 points in three of those games. In Wednesday’s 116-93 win over the Trailblazers he had 17 points and three steals. On Monday he had 18 points in the 100-95 win over the Utah Jazz. He had a big block with 20 seconds left to play and then made four free throws to close out the that game. He finished the month of February averaging 16.3 points per game, one and a half point better than January’s average.

D.J. Augustin, G, Denver Nuggets: Out of a bad situation where he was getting zero minutes in Oklahoma City, Augustin has proven he has a lot to contribute with the Denver Nuggets. On Wednesday he led the Nuggets with 26 points off the bench as they defeated the Lakers 117-107. He also had five assists in the 23 minutes that he played. He had a 20-point game in the 122-116 loss to the Dallas Mavericks on Friday. He played 36 minutes, his most with the Nuggets, in the game.

Cory Joseph, G, Toronto Raptors: Joseph averaged 11.3 points per game in February, which is two points more than his career average. To open March he scored seven points and had three assists in a 104-94 win over the Jazz. On Sunday he scored ten points in the 114-101 loss to the Pistons on Sunday.

Tristan Thompson, F, Cleveland Cavaliers: The Cavs have split their last four games and Thompson has been mostly contributing with rebounds. He had a double-double in the 100-96 win over the Indiana Pacers. He had 14 points on 6 of 7 shooting to go with 11 rebounds. The game before he had just two points and two boards in the 113-99 loss to the Wizards. He averaged 9.8 rebounds per game in February.

P.J. Tucker, F, Phoenix Suns: The Suns ended their 13-game losing streak on Saturday as they defeated the Memphis Grizzlies 111-106. Tucker scored 17 points and had 11 rebounds in the win. He also dished out seven assists and had a blocked shot.