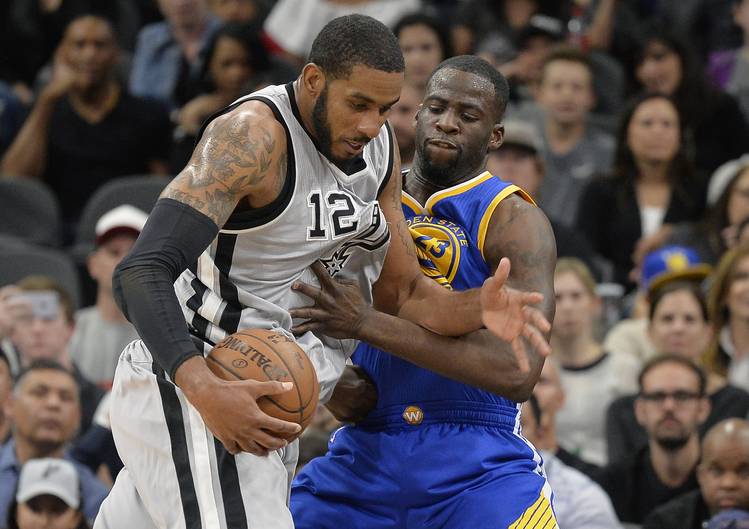 Kevin Durant, F, Oklahoma City Thunder: He’s scored at least 20 points in 56 straight games while averaging 28 points per game this season. The Thunder won five games in a row heading into Thursday. Durant scored 26 points and had 13 rebounds against Philadelphia on Friday and then had 33-point, 13-rebound game against the Pacers on Saturday. He was two assists shy of a triple-double in the 115-111 win over Indiana. He had 23 points in the 111-107 win over the Rockets on Tuesday.

LaMarcus Aldridge, F, San Antonio Spurs: Aldridge was a key factor in the Spurs’ 87-79 win over the Golden State Warriors. The nine-year vet scored 26 points and grabbed 13 boards in the victory. He put up another double-double, 18 points and 12 rebounds, two nights later in the loss to the Charlotte Hornets. Last Thursday he faced his old team, the Portland Trailblazers, and scored 22 points. He’s averaging 22 points per game in March.

Avery Bradley, G, Boston Celtics: Bradley’s Celtics have three wins in a row and he’s played a big part in that streak, scoring 20-22-16 in those three games. He was 3-for-5 from 3-point range against the 76ers on Sunday, then was one rebound short of a double-double against the Magic on Monday. In Wednesday’s win over the Rapters he added eight rebounds to his 16 points. He’s averaging 14.5 points per game this month, but is averaging a career-high 15.5 for the season.

Myles Turner, F, Indiana Pacers: His minutes are slightly down this month, 25.5 per game, but he’s averaging 9.8 points and 5.9 rebounds for the month. He had 10 points in each of his last two games entering Thursday. He had nine points and 10 rebounds in a 101-94 loss to Toronto last Thursday.

Cory Joseph, G, Toronto Raptors: He started in place of an injured Kyle Lowery on Wednesday and scored nine points to go with six rebounds and four assists. He’s averaging 8.6 points per game this season, two points better than his career average.

D.J. Augustin, G, Denver Nuggets: He’s averaging 25.2 minutes a game in March after getting traded to the Nuggets from the Thunder. He ended last week with a 24-point game in the 101-93 win over the Hornets on Saturday. He’s averaging 13.7 points per game this month and has had at least five assists in seven of his last nine games.

Tristan Thompson, F, Cleveland Cavaliers: The highlight of his week was a 13-point, 10-rebound game in the 113-104 win over the Milwaukee Bucks on Wednesday. He also had two blocks in the game. He had another double-double before that on Friday as he scored 11 points and pulled down 15 rebounds in the 109-103 win over the Magic on Friday.