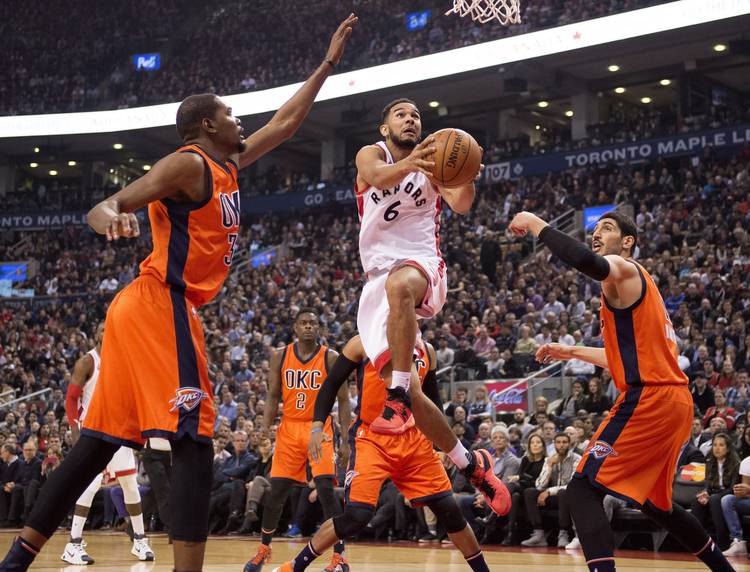 LaMarcus Aldridge, F, San Antonio Spurs: Despite scoring just 11 points, Aldridge helped the Spurs remain undefeated at home as they beat the New Orleans Pelicans 100-92 on Wednesday night to make it 38-0 in San Antonio this season. Aldridge fared much better in the previous game, scoring 31 points and grabbing 13 rebounds in a 101-87 win over the Grizzlies on the road on Monday. In fact, it was the second win the Spurs took over the Grizzlies in four days as they defeated them 110-104 on Friday. Aldridge scored 32, had 12 rebounds and made three blocks in that game. He sat out the loss to Oklahoma City on Saturday.

Kevin Durant, F, Oklahoma City Thunder: The Thunder went on an eight-game winning streak before Durant missed Tuesday’s game which they lost to the Pistons 88-82. Before the loss, Durant scored 31 points and pulled down 10 rebounds in a big 111-92 win over the second-seeded Spurs on Saturday. Durant also had 34 points, eight rebounds and eight assists in the 119-100 win over the Toronto Raptors, the second-seeded team in the East. He’s still riding a 59-game streak of scoring at least 20 points. He’s averaging 28 points per game, 8.3 rebounds and 5 assists.

Myles Turner, F, Indiana Pacers: Turner’s hit a rough patch in his rookie season in the last week. He’s averaging just four points per game in his last three games entering Thursday. He did have a nice 24-point, 16-rebound game in the Pacers’ 92-84 win over the Pelicans last Thursday. Turner also had three blocks in the contest. He’s averaging 9.6 points per game in March, down from 13.4 in February.

Cory Joseph, G, Toronto Raptors: After averaging 11.3 points per game in February, Joseph only has one game in double digits in March. he’s averaging 6 points per game in the month and is shooting just 31 percent. He had 12 points in the 112-109 loss to the Rockets. Still, he’s setting career marks in all major categories this season.

D.J. Augustin, G, Denver Nuggets: Augustin scored in double digits in three out of his last four games entering Thursday, including a 20-point effort in the 116-105 win over the Lakers on Friday. He also had eight assists in that game. Though the Nuggets followed that up with a loss to the Clippers on Sunday, Augustin had a double-double, scoring 18 points to go along with 10 assists. He had 11 points and five assists in the Nuggets’ 109-105 win over the Grizzlies on Wednesday.

Avery Bradley, G, Boston Celtics: Bradley’s scored in double digits in 10 of his last 11 games, including a 15-point effort in Saturday’s win over the Suns. He’s averaging 14.4 points per game in the month of March. His 13 points and three steals weren’t enough to lift the Celtics over the Clippers on Monday, however. Overall, he’s averaging 15.1 points per game on the year, nearly four points better than his career average.

Tristan Thompson, F, Cleveland Cavaliers: Thompson continued to have a tough time as the Cavs went 1-2 since March 24 entering Thursday. He scored 16 points and hauled in 10 rebounds in their loss to the Rockets in which the Cavs gave up a 20-point lead. He had just six points in each game against the Knicks and Nets. He’s averaging 9 points and 8.3 rebounds in March.

P.J. Tucker, F, Phoenix Suns: The lowly Suns lost four in a row since we last checked in with Tucker. He’s still been pretty productive despite his team’s lack of success. He had 20 points, 10 rebounds and 7 assists in their 105-94 loss to the Bucks on Wednesday. He had nine points and 10 boards in a tough 3-point loss to the Celtics on Saturday.

Augie Garrido to be inducted into NCB Hall of fame