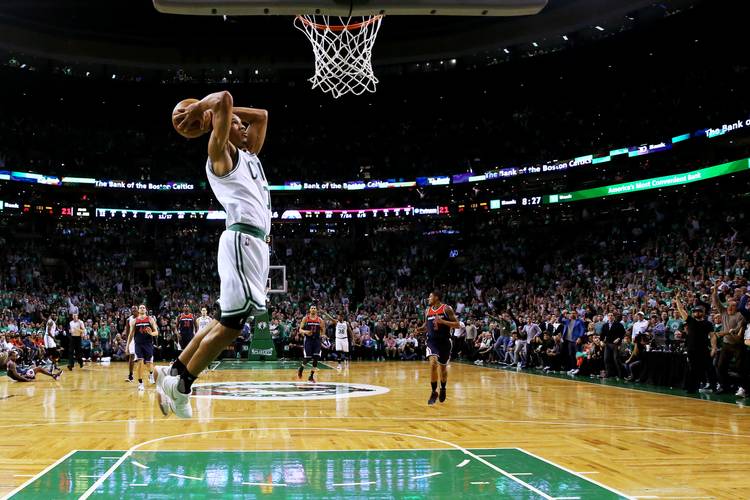 Avery Bradley #0 of the Boston Celtics dunks against the Washington Wizards during the first half of Game Five of the Eastern Conference Semifinals at TD Garden on May 10, 2017 in Boston, Massachusetts. (Photo by Maddie Meyer/Getty Images)

Avery Bradley set a playoff career high with 29 points in the Celtics’ 123-101 win over the Wizards in Game 5 of the Eastern Conference semifinals. The win puts Boston up 3-2 in the series after losing two in a row. Here are Bradley’s highlights in the win.

The former Longhorn shot 12 of 19 on the night, including 4 of 7 from 3-point range. He added six rebounds and three assists. He had just 12 points combined in the last two games of the series, both losses for Boston.

Bradley and the Celtics will travel back to Washington D.C. for Game 6 on Friday at 7 p.m.