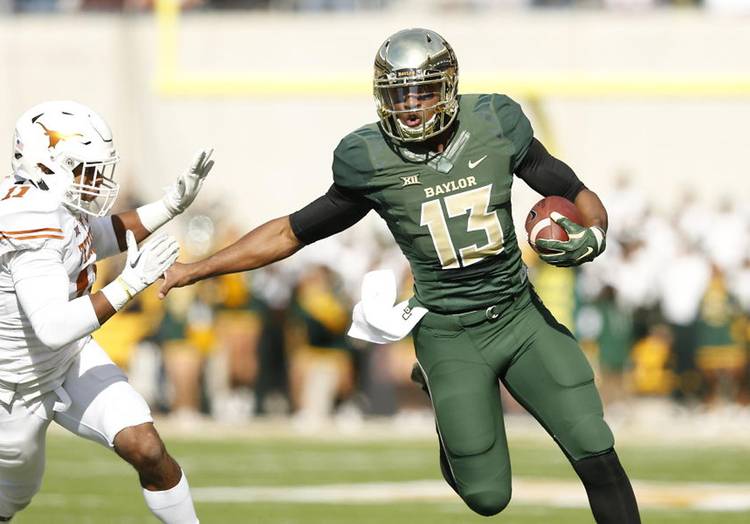 Baylor quarterback Chris Johnson runs the ball against Texas in the first half at McLane Stadium, Dec. 5, 2015. (JAY JANNER / AMERICAN-STATESMAN)

Baylor coach Art Briles made some necessary adjustments during halftime.

Baylor brought Terence Williams in for its first drive as fifth quarterback/fourth running back. Baylor moved easily down the field leading to a touchdown.

That's called a halftime adjustment, courtesy of Briles. It wasn't working with Lynx Hawthorne, so he threw Texas a nice wrinkle. #hookem

Do we call call Terence Williams Baylor's 5th QB or the 4th running back? That was impressive. #hookem #sicem