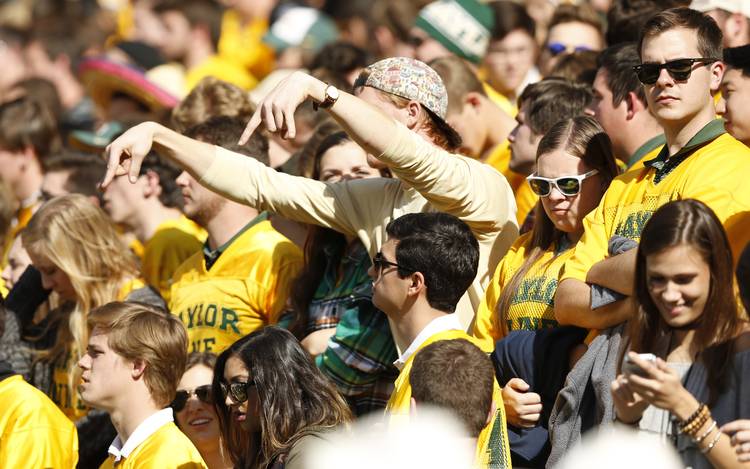 Baylor fans give the "horns down" sign during the first half against Texas at McLane Stadium in Waco on Saturday December 5, 2015. JAY JANNER / AMERICAN-STATESMAN

The second half has been all Baylor Bears.

The Texas offense cannot seem to get first downs this half and the Bears are running right through the defense.

The Bears have run a Wildcat play practically every time and Texas cannot seem to stop it.

Lynx Hawthorne extends his arm into the end zone from seven yards out to get the touchdown.

It's a great example of a good team taking a bad team's best punch and getting off the canvas. Still lots of football left. #hookem #sicem

Touchdown Baylor. Hawthorne reaches for the pylon from 7 yards out. Texas lead down to three, 20-17.

Texas has just 12 snaps for 48 yards this half and has completed just 3 passes.

Baylor comes back strong after half; Texas leads 20-7