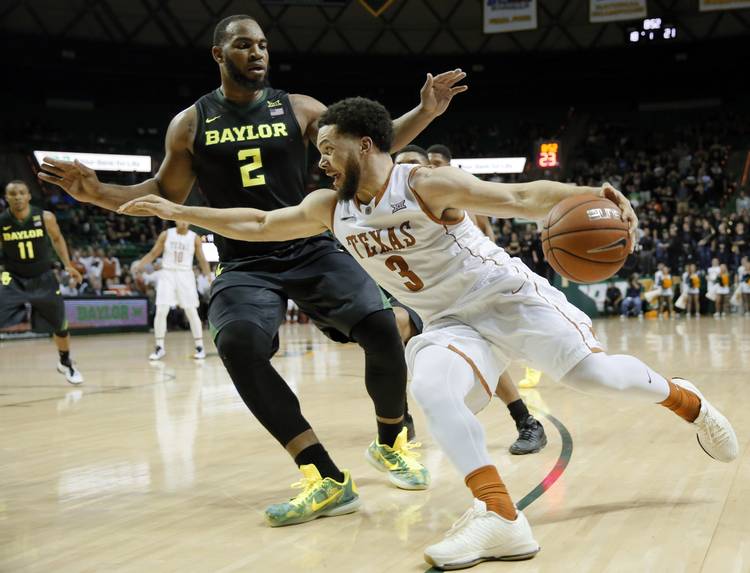 Series history: Texas leads the all-time series, 162-85. It’s the most-played opponent in Baylor history and the first opponent ever played in Texas basketball history. The Longhorns beat the Bears, 27-17, on March 10, 1906. UT’s most dominant stretch came during a 24-game winning streak that ended at the 2009 Big 12 tournament. Both teams split the regular-season series this year.

About the Longhorns: While meeting with reporters on Wednesday, Texas coach Shaka Smart didn’t seem too worried about Isaiah Taylor’s heel injury. The guard is bothered by plantar fasciitis. Taylor showed no ill effects during a 40-minute practice at Sprint Center. … Freshmen Kerwin Roach and Eric Davis both said they were honored to be selected to the Big 12’s All-Newcomer team. Roach was the team’s third-leading scorer in Big 12 play, and Davis shot 35.8 percent from 3-point range. “We’re just focused on this tournament,” Roach said. … Smart acknowledged the rivalry with Baylor. “There are people certainly on both sides that maybe don’t like each other. But I would say that’s on the fans’ side more than anything else,” he said.

About the Bears: Senior F Rico Gathers said the most important thing about winning in Kansas City was mainly about killing time. “Whoever wins goes on and whoever loses are going back home and waiting until Selection Sunday,” Gathers said. “You want to extend it, so you won’t have a lot of time on your hands.” … Baylor is coming off difficult back-to-back losses against Oklahoma and West Virginia. … F Taurean Prince has a career 12.1 scoring average in seven games against Texas. F Johnathan Motley is averaging 12 points in four games against UT. “When you step between the lines, it’s a war. They know that as well, so may the best team win,” Prince said. … Coach Scott Drew is searching for his 250th win in 13 seasons at Baylor.