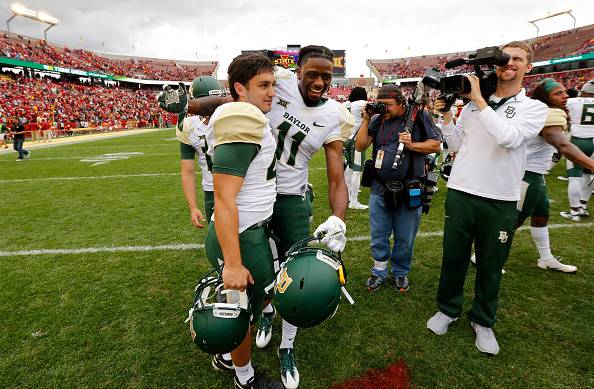 Even with Art Briles no longer at the helm, Baylor is aggressive on offense, shunning field goals if there’s a reasonable chance of converting a fourth down.

The Bears are 11 of 17 on fourth down attempts this season.

Chris Callahan, who has been the starting kicker since 2014, has gotten so inconsistent that fans were booing him earlier this month when Baylor played at home against Kansas. This was the game after Callahan kicked the winning field goal as time expired against Iowa State.

Grobe indicated this week that he’s unclear who might kick for him Saturday against Texas. He’s reopened the competition for the starting job.

“We’re going to have to compete (for the kicking job) each week,” Grobe said. “Sometimes it’s easy to kick them during practice … but it’s easier to kick them when there is no pressure on you, and that’s been the most disappointing thing for us because I think we tend to kick pretty good in practice and then have (them) not been real accurate, as far as field goals are concerned, in the games.

“So, we’ve got to keep working and competing and hopefully settle on someone that will show more consistency in the games. And it could be Chris (Callahan), it could be Connor (Martin), it could be Drew (Galitz), our kickoff guy, it could be any of those guys, but we’ve got to find somebody to start giving us a little bit of confidence. I’m not afraid to go for it …  but if it’s too far  down, I would like to be able to feel like we can kick field goals.”

All three – Callahan, Martin and Galitz – have kicked in games this season. Martin is a freshman and Galitz is a sophomore. Galitz also is the punter.

Callahan has been good on six of his 10 field goal attempts this season. Three of his four misses have been on easy kicks from within 30 to 39 yards. Callahan missed two of his kicks against Kansas, but it hardly mattered overall, since Baylor won 49-7. Grobe then had Galitz try a field goal, but he missed as well.

Callahan was suspended for the Oklahoma State game as discipline for pushing a teammate on the sideline the week before. The teammate had been laughing after Callahan had missed a field goal against Rice. Martin kicked against the Cowboys and was good on all five of his extra point attempts. He did not try a field goal.