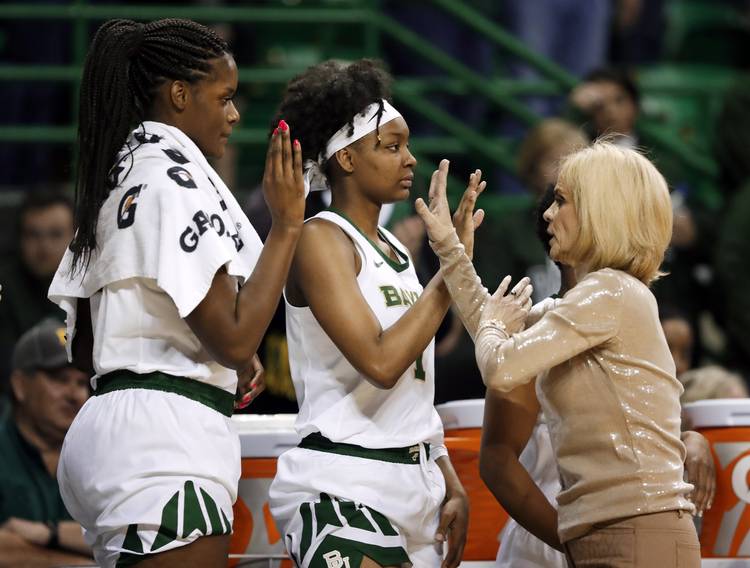 OKLAHOMA CITY — Kalani Brown provided a masterful offensive game and Lauren Cox was nails on defense to help No. 1 Baylor to an 88-60 victory over Kansas State in a Big 12 Women’s Basketball Tournament semifinal Sunday afternoon at Chesapeake Arena.

Baylor (30-1) advances to the conference championship game at 8 p.m. Monday. The Lady Bears will play the winner of Sunday’s Texas-Iowa State game.

Brown scored 24 points and grabbed nine rebounds. She was 10 for 14 from the field in 24 minutes. Cox, the Big 12 Defensive Player of the Year, almost had a triple-double: 18 points, 15 rebounds, 8 assists.

Baylor has nine Big 12 Conference Tournament championships, including eight of the last 10. If the Lady Bears add another, that will mark 20 Big 12 championships combined between regular season and tournament titles. The Lady Bears are 41-13 all-time in the tournament and 40-9 under head coach Kim Mulkey.

The Lady Bears led 47-29 at halftime and were never challenged in the second half. As of Sunday, Baylor is projected by ESPN to be the No. 1 overall seed in the upcoming NCAA basketball tournament.