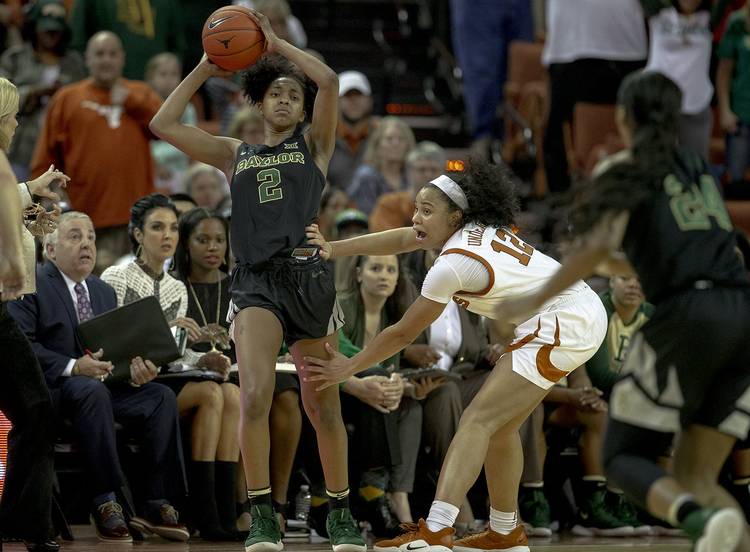 About the Lady Bears: The NCAA’s defending champion, Baylor’s only blemish was against a South Carolina team that currently tops the AP poll. Cox, a preseason AP All-American, did not play in that 74-59 loss. … Baylor’s 96 three-pointers rank 251st nationally but Landrum made an NCAA-record 14 three-pointers against Arkansas State on Dec. 18. … Cox and Richards are two of the 15 names on the midseason team for the Naismith Defensive Player of the Year award. … A graduate transfer from South Carolina, Cooper started against Texas in 2015 while playing for Tennessee.

About the Longhorns: Texas’ five-game winning streak is its longest of the 2019-20 season. … Texas has dropped 20 of its last 21 games against Baylor. Holmes (18 points), Sutton (four), Underwood (two) and Lashann Higgs (16) all scored in an 85-79 win in Waco in 2017. … Four times this season, Higgs has not started but still been Texas’ leader or co-leader in points. Higgs, a senior guard, is averaging 9.6 points per game. … Collier and Holmes’ 11 double-doubles are one off the Big 12’s lead in that statistical category.

Full contact: How a lifetime of football blows ended in tragedy for Jevan Snead