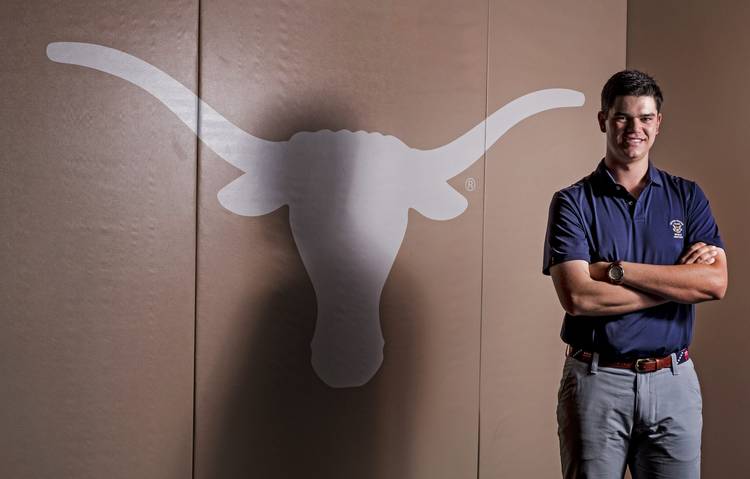 Beau Hossler powered through a shoulder injury as the Texas men’s golf team defeated Southern Cal 4-1 to advance to the finals of the NCAA Championship match play. They’ll face Oregon on Wednesday.

Hossler defeated Andrew Levitt 2 and 1 after a gritty performance in his final three holes of the day. His par putt from the fringe on the 17th hole put the Longhorns in the final.

Injured shoulder. Having to putt from the bunker. Then @BeauHossler did this… #Heart #NCAAGolfhttps://t.co/1NcnPo6Rjr

The All-American started the day on the right foot, making birdie on the first hole to take the early lead. With things all square after the 14th hole, Hossler took the lead on the 15th, but it may have come at a price.

As Hossler teed off on the 16th hole he was clearly in pain, favoring his left shoulder. Still he managed to chip in for a birdie on the hole to go 2 up.

On the 17th hole the club flew out of Hossler’s hands as he hit out of the rough in obvious pain once again. He took a medical time out on the hole and even had to resort to putting out of the bunker for his third shot.

“Even if I tried to pull him off, I don’t know that he’d come off,” said head coach John Fields. “If it’s five, it’ll be five. If it’s four, it’ll be four,” he said of the prospects of Hossler missing the final match with Oregon. “We’re not going to fold our tent. I promise you.”

Hossler tweeted this message out after the semifinal, making it seem like he could play in Wednesday’s final.

Thank you for all the love and support. I will be fine. Looking forward to tomorrow 🤘

After Southern Cal took an early lead with Rico Hoey defeating Taylor Funk 6 and 5, Doug Ghim got the Longhorns on the right track. Ghim defeated Justin Suh 4 and 3 to even the match up.

Gavin Hall put Texas ahead as he defeated Jonah Texeira 4 and 3.

Scottie Scheffler was 1 up when Hossler made par on the 17th.

Hossler set a goal of winning a national championship when he arrived at Texas, and he justified playing through the injury saying, “sometimes you have to sacrifice a little bit.”

Cliff Gustafson: ‘I’d love to see them get that guy from TCU’

Kirk and Ced in a live chat Wednesday