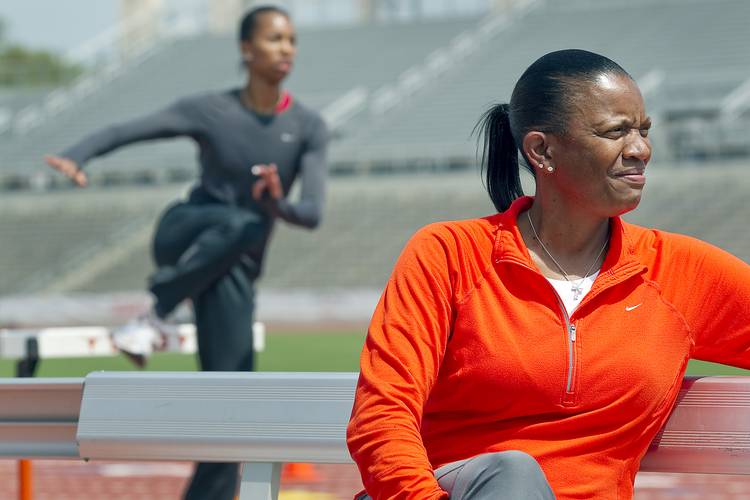 A lawsuit by former Texas women’s track coach Bev Kearney against the school is probing how administrators in the offices that investigate campus sexual misconduct handled former football assistant Major Applewhite’s 2009 relationship with a student trainer on a bowl trip.

Kearney, who is black, was forced out in 2013 after the school learned she had a relationship with one of her athletes a decade earlier. She has alleged race and sex discrimination, noting that Applewhite, who is white, was allowed to keep his job and was later promoted after his incident was discovered. Applewhite, a former quarterback at Texas, stayed on staff through 2013 and is now the head coach at Houston.

Kearney’s lawyers told Texas officials in December they want to interview LaToya Hill Smith and Linda Millstone, who were administrators in the Dean of Students office and what is now called the Office for Inclusion and Equity, when the Applewhite and Kearney incidents were discovered in 2009 and 2012, respectively.

Kearney’s lawyers also want interviews with Brian Farr, director of Texas’s student athletic training education program since 2002, and Kenny Boyd, who was the head football trainer from 2002-2013. Boyd is now an associate athletic director for student health and wellness at Baylor University.

All of the testimony and documents gathered so far remain sealed under a court order the university requested on grounds it would protect private student records. Kearney is also expected to be deposed soon.

Kearney lawyer Jody Mask declined comment on the new round of deposition requests. Texas spokesman J.B. Bird said, “the university does not discuss personnel matters and generally does not comment on litigation in the media.”

The new round of depositions would move the lawsuit beyond the athletics department and deeper into the school’s administration and how it handled sexual misconduct cases. Kearney’s lawsuit has focused on the differences between how the two coaches were treated.

When Kearney’s relationship was discovered in 2012, the school announced the national championship-winning coach was suspended and under investigation. The first black women’s head coach in school history was hired in 1993 and up for a significant raise when she was suspended and forced out within a few months. Texas has repeatedly said her relationship with one of her athletes “crossed a line” for a coach that wouldn’t be tolerated.

Texas kept quiet about Applewhite’s incident, which officials have said was consensual. It didn’t surface until four years later when the Daily Texan student newspaper filed a public records request for his personnel file. University regents said they didn’t know about the Applewhite incident until it was forced out in the open in early 2013.

Applewhite had returned to his alma mater as a running backs coach in the 2008 season, and his incident occurred on the team’s trip to the Fiesta Bowl in Arizona. Once it was discovered, Applewhite was ordered by Dodds to enter counseling, and he was not given a raise that was given to other assistants after that season. But he was allowed to remain on staff and was eventually promoted to offensive coordinator, the position he had at the end of the 2013 season when Brown was fired and his staff replaced.

In 2012, the former student-athlete informed the school of the 2002 relationship with Kearney.

Kearney’s lawyers have said they are willing to discuss settling the case. Texas has already spent more than $500,000 to defend the lawsuit, according to financial records obtained by the AP.