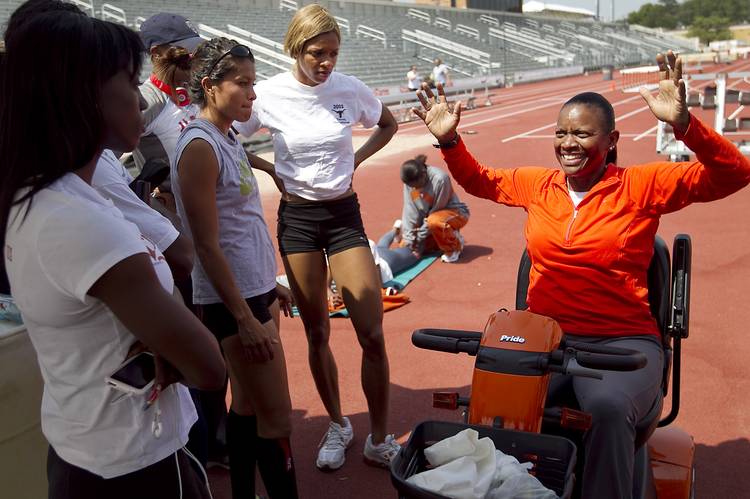 Former University of Texas Women's head Track and Field coach Bev Kearney reached a settlement with the school in June in a civil lawsuit that claimed the school discriminated against her because of her gender and race when it fired her more than five years ago. (Ralph Barrera/American-Statesman)

Kearney’s lawyer, Jody Mask said: “The parties have reached an agreement to settle this case.”

Kearney, one of the most successful coaches in school history, filed suit against the school in 2013, 10 months after she was terminated by the school. The firing was prompted when UT discovered that Kearney had an inappropriate relationship with one of her athletes a decade before.

Kearney filed a lawsuit in state district court in Nov. 2013, asking for a minimum of $1 million in damages from UT. Mask said then the actual damages approached $4 million, which includes the total value of a contract she was about to sign before she was fired. Her lawsuit said UT showed a double standard by punishing Kearney for an inappropriate relationship , while other employees who had been involved with students were not terminated.

Mask told the American-Statesman he could not provide more details on the settlement.