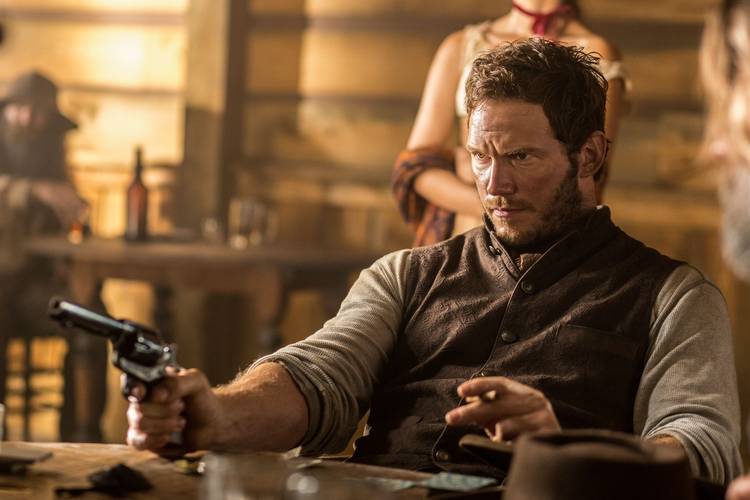 Chris Pratt is many things. He’s an insanely bankable actor, anchoring two huge franchises. He’s a pretty good rapper. (Seriously. Check out his rendition of “Forgot About Dre.”) He’s an outspoken Christian. He’s a father. A fictional tamer of dinosaurs and the fictional son of a planet.

Pratt has owned property in the San Juan Islands in Washington state since at least 2016. His neighbors out there are people like Bill Gates and “Top Gun” actor Tom Skerritt.

But what’s more relevant for you Texas fans is that Pratt looks like he has his own little Bevo on his farm in the San Juan Islands.

Related: Bevo XV can’t travel to Los Angeles, and he’s not happy about it

No, this longhorn doesn’t have ties to the lineage of THE Bevo XV (at least, as far as we know), but Pratt does own a Texas Longhorn.

Love at first sight. This good lookin lady is from the great state of Texas. She’s adjusting quite well to life on the farm. Welcome home Baby Girl! #farmlife #texasgirl

In fact, if you search far enough down Pratt’s Instagram, you’ll find he has posted quite a lot about his #farmlife since last November.

Here is his flock of sheep:

Had total success!!! Then I deleted the photo. Then I felt bad. Because these sheep are beautiful. So I’m reposting it for your enjoyment. 🐑

Here he is eating lamb meat (maybe from the sheep in the above post, who knows):

#whatsmysnack ?? LAMB SON! I’m excited to get back into posting stuff to social media after a much needed hiatus. Here’s what to expect: #videos #pictures #workouts #farmlife #michelobultra (I’m doing a commercial for them for the Super Bowl) #JurassicWorld #FallenKingdom #Avengers #InfinityWar #jokes #inspirationalquotes #bible What not to expect: #politics #DPicks Be kind. See you very soon.

Here’s some more lamb meat, all precisely arranged. Pratt writes in this post that he wants to start selling his lamb meat “as we test recipes and open up to market,” adding that “I have found a new passion to add to my many others. #farmlife.”:

Look at all this glorious food! We will eat off him for a month. His wool is becoming yarn as we speak. He lived a very good life. He was groomed and shorn, his hooves medicated, de wormed, no antibiotics necessary. Surrounded by laughing loving humans, including children to whom they provided such joy. Nuzzled, pet and loved every day. No stressful travel to his final destination. Trauma Free. Just a touch of a usda certified wand to his head and he goes to sleep. The other sheep don’t even notice. It’s like unplugging a tv. Then Wocka my butcher works his magic. Right now the meat is for friends, family and gifts. Soon though it may be available to my followers as we test recipes and open up to market. Gotta get some things dialed in first. I have found a new passion to add to my many others. #farmlife and jack loves it! You’ll know where to sprinkle my ashes. I’ll tell you that.

Of course, Pratt also has chickens:

She’s got eggs. She knows how to use them. #farmlife

This post isn’t about the animals on Pratt’s farm, but rather the appreciation Pratt has for his farm life:

Livin’ that #farmlife 🙏♥️👍🏼 Missing home, missing the farm, missing the boy, missing the island. So I’m sharing this video as a way to express my gratitude for all the blessings in my life and to entice any of you watching this who may feel unease or anxiety with the state of our world to just breathe, slow down, go outside, find something not man made and give it a good look. A leaf. A bug. A cloud. A sheep. As William Cullen Bryant says, “Seek communion with her visible form….go forth under the open sky and list to nature’s teachings.” What a beautiful creation over which we’ve been given the responsibility of stewardship. The song is “Chain Breaker” by Zach Williams. I didn’t get his permission to use it. Hope that’s alright. 😬🤷‍♂️🙏♥️ Big fan Zach. Please don’t sue me for all my sheep. Thanks to my farm team for all you do.

Oh, Pratt has rams too:

Meet Prince Rupert. He will kick your butt if you’re not careful. Straight up. When Rupert is horny and you get in the way… look out! He’s a very aggressive ram. The males get that way if they don’t become wethers. Prince Rupert will ram the heck out of anyone who gets in his way. Literally RAMS you. WAIT! That’s where that comes from!? Rams you!? Cause he’s a RAM? Get it? Mind blown. I’m learning a lot up here. I wrestled him so we could trim his hooves. Livin’ that #farmlife givin’ ol Prince Rupert a mani pedi. All good. When you get him on his butt like this and he just chills out and starts to get sleepy. It’s the cutest thing. He’s so cuddly when he’s not trying to wrestle you and smash your knees for steppin’ up to his ewes. #FarmLife #Bounty

And look, a baby lamb:

You got a big mouth. #farmlife #fishing #bass

And, last but not least, a burn pile:

Something satisfying about a burn pile.

Now, if Pratt wanted to become a Texan farmer, it looks like he has the skills cut out for it. Maybe he’d be interested in T. Boone Pickens’ ranch?

James Banks announces he will transfer from Texas