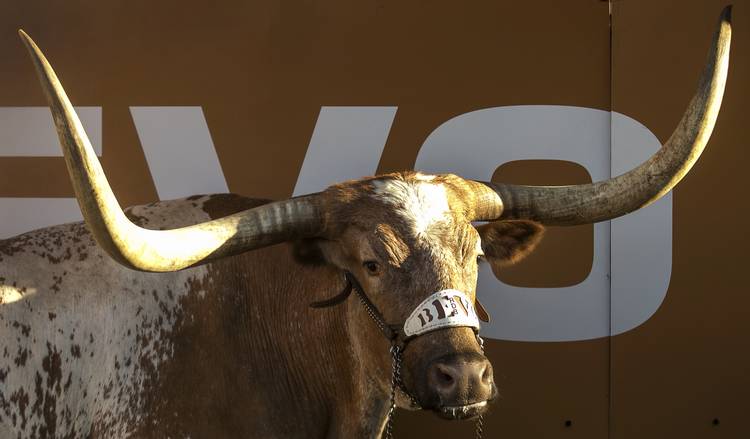 Last week, Longhorn fans got some sad news when they found out that their beloved mascot, Bevo XIV, died after 11 years of service. The steer died shortly after being diagnosed with Bovine Leukemia virus.

The Silver Spurs hope to find a new mascot by the time the 2016 season began.

Texas officials have set up a memorial in the SW corner of DKR in Bevo XIV's stall. Moment of silence will be observed before kickoff.