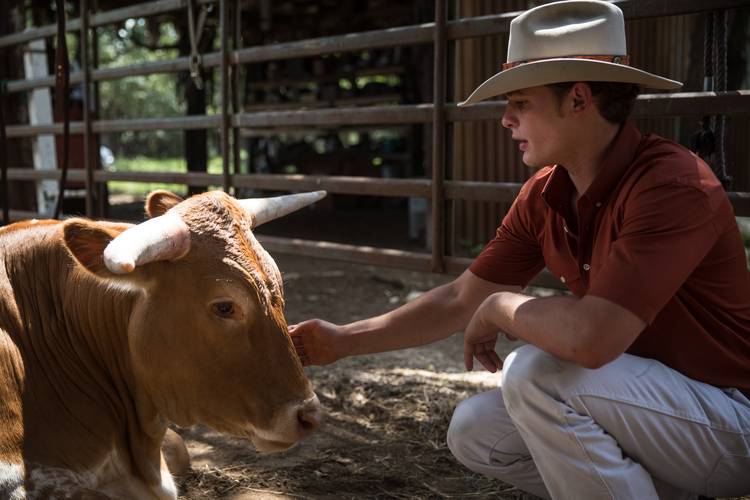 UPDATE: LSU’s beloved mascot Mike the Tiger has passed after his cancerous tumor was found to have resumed growth last week. Mike VI’s twitter account tweeted out an update confirming the big cat’s passing and asking for fans and students to share “memories and thoughts.”

Bevo (and his Texas Silver Spurs handlers) had sent flowers to the tiger following his diagnosis. Having experienced a similar loss less than a year ago, the heartbreak of losing a mascot is not foreign to a Texas Longhorn.

We’re sure Bevo XV can’t wait to meet the next Mike.

Mike VI has passed away. Please share your memories and thoughts. #MikeVI https://t.co/HNofTEVg5B

EARLIER: If any school knows how much a mascot can mean to its team, it’s Texas. What are we without our trusty steer (and his tiny, adorable horns)?

The sweet note accompanying the bouquet, a picture of which was tweeted out and posted to the mascot’s Instagram account, promises to keep Mike in “our thoughts and prayers.” Unfortunately, things aren’t looking up for Mike. The school announced last week that it was prepared to euthanize the tiger when he begins to show signs of suffering. Today he was removed from his public viewing pen and placed in hospice care.

Mike has transitioned to hospice care and will not be out in his yard.

According to Geaux 247, Mike is a “a 10-year old Siberian-Bengal mix male.” LSU won the 2007 BCS National Championship during his first year in the role.

No LSU football today so head to campus on this easy traffic Saturday to see your favorite Tiger.

With the loss of beloved Bevo XIV, who was found to have cancer in 2015, only a year behind us, the impending loss is felt by tigers and longhorns alike.

A Century of Bevo: 100 Years of UT’s Beloved Mascot

Texas pledge Sam Ehlinger out for the season with thumb injury