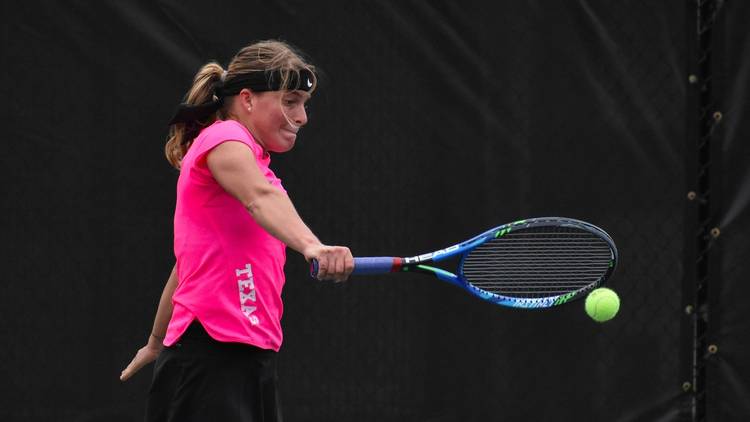 Bianca Turati fell 6-2, 3-6, 6-3 to Claire Liu in the round of 32 at the International Tennis Federation pro circuit event in Tyler Thursday.

Turati won three straight matches to qualify for the main draw before her competition concluded.

Liu entered the tournament ranked No. 140 while Turati checked in at No. 492. As of Thursday, Turati’s string of wins moved her up to No. 468.

The contest between Turati and Liu actually started on Wednesday and was suspended. Rain caused the rest of the match to be moved to Thursday.

Liu won the first set before the suspension, but Turati won the first game of the second set. When play resumed, the Texas junior won two more games to get a 3-0 lead. The competitors then traded three-game winning streaks to give Turati the 6-3 win.