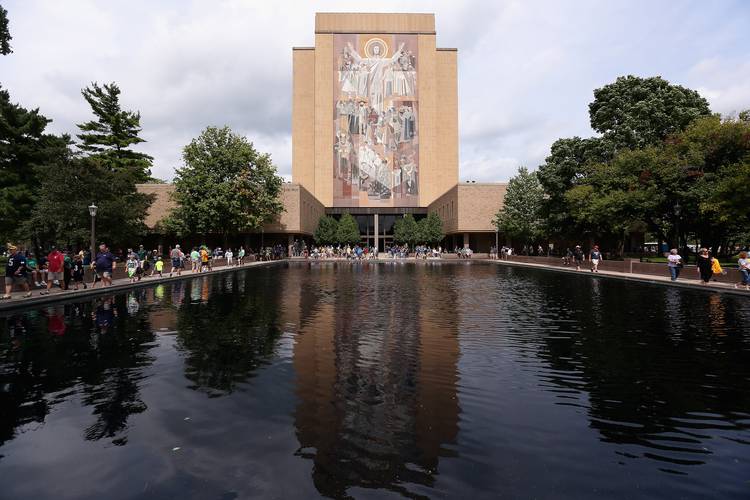 If you haven't received Texas-Notre Dame tickets by this point, you may need to start praying to "Touchdown Jesus." (Photo by Jonathan Daniel/Getty Images)

Two Texas games are included in the top five most-expensive tickets on the secondary market, Forbes reports. The financial magazine took the information from TiqIQ.

Next Saturday’s Texas-Notre game is the most expensive ticket on the secondary market. The average price is $705.23. The cheapest ticket available is $292.

And fifth on the list is the Red River Showdown between Texas and Oklahoma. The average price available on the secondary market is $479.56 with a just-get-in-the-door price going for $192.