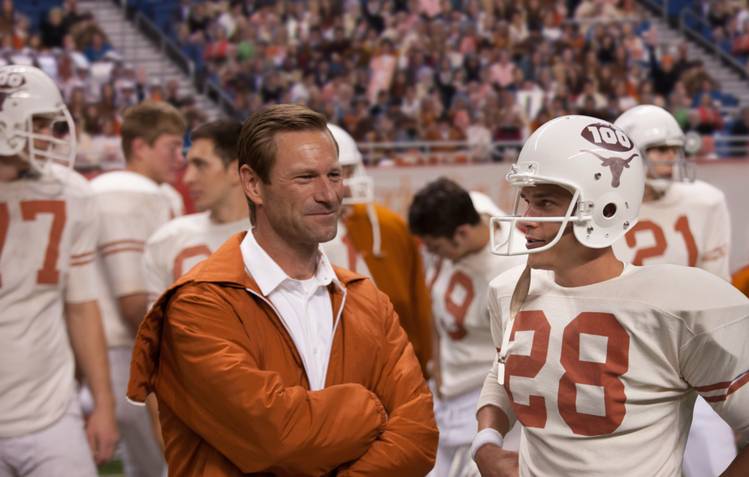 Aaron Eckhart as Darrell Royal and Finn Wittrock as Freddie Steinmark in My All American.

Entertainment Weekly took the wraps off the official trailer for the upcoming movie about former Texas standout Freddie Steinmark.

It was thought the movie would open the Friday before Texas-OU in October. However, Entertainment Weekly is now saying the movie opens nationwide on Nov. 13.